You are at:Home»Current in Westfield»Westfield Community»Midtown project forwarded for final approval 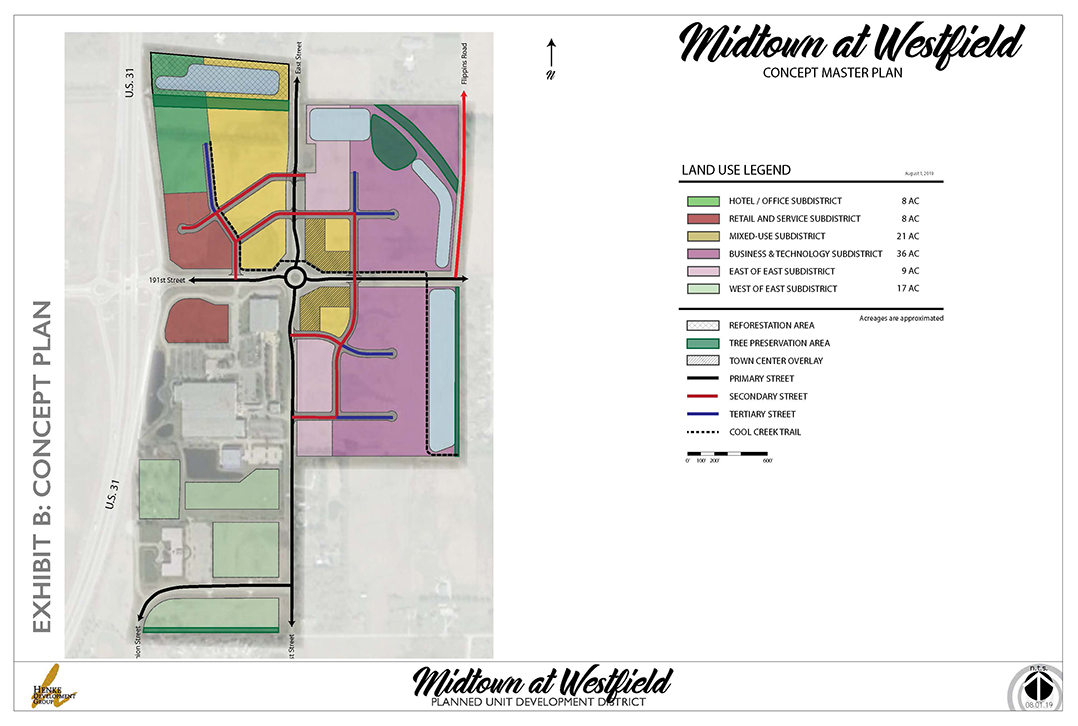 The Midtown at Westfield project will bring six new subdistricts of office, retail and hotel space to the 191st and East Street intersection. (File map)

A 138-acre project that could bring additional hotels, offices, restaurants and retail to the city received another step of approval at the Aug. 19 Westfield Advisory Plan Commission meeting.

The commission unanimously voted to send a rezoning request from developer Steve Henke to the Westfield City Council with a positive recommendation. Plan Commission President Randy Graham recused himself from the vote as an employee of IMMI, which is owned by the Anthony family, which also owns the 138 acres Henke plans to develop.

The development plan was introduced June 10 to the city council. The rezoning request was then sent to the plan commission for review and a public hearing July 15. The city council will cast a final vote at its Sept. 9 meeting.

The Sept. 9 Westfield City Council meeting will be at 7 p.m. at City Hall, 130 Penn St. For more or to see an agenda, visit westfield.in.gov. Read more about the development at youarecurrent.com.