You are at:Home»Current in Carmel»Carmel Community»8-year-old shines on golf course 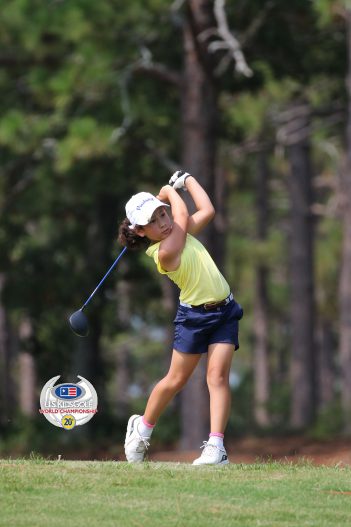 Keuling joined more than 1,500 players from 50 nations Aug. 1-3 in Pinehurst, N.C., to compete for age-group championships. She placed 44th out of 68 competitors in her age group and finished in fifth in the World Putting Championship for boys and girls ages 8 to 12.

Keuling began taking golf lessons last year and her love for the sport has developed ever since.

“I saw my mom and dad’s golf clubs in the garage, and I wanted to play because it looked so fun to me,” she said.

Keuling takes lessons from Scott Steger, a former PGA Tour pro. She practices about four hours per day. Her family credits her dedication for her success. She has also begun working with Brian Seymonds to improve her putting. Seymonds is based in Florida and is featured in the Netflix documentary, “The Short Game.”

“Brian changed how Maya grips her clubs and corrected her swing,” said Eric Keuling, Maya’s father. “He was impressed with her and said that she is very talented and has a chance to become an elite player.”

Although she enjoys practice, Keuling’s favorite part of the sport is the competition.

“My favorite part of golf is winning,” she said.