You are at:Home»Current in Carmel»Carmel Community»Carmel veteran releases book detailing war against ISIS

Carmel resident Dana J.H. Pittard, a retired Army major general, is sharing his military experience in a new book being released Aug. 27 called “Hunting the Caliphate: America’s War on ISIS and the Dawn of the Strike Cell.” 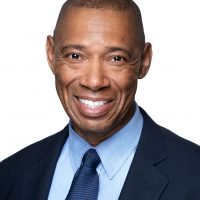 Pittard is a decorated Army combat veteran who was part of once-secretive American operations focused on the activities of ISIS. The book is among the first to be released on the military campaign against ISIS written by a military participant.

“It’s the story of the initial fight against ISIS in Iraq in June 2014,” Pittard said. “It’s really about how we initially stopped what seemed to be an unstoppable force.”

Pittard wanted a co-author with a second perspective.

“In starting to put together the book, I asked if some people that I previously worked with in Iraq could share their perspective,” Pittard said. “That’s where (retired U.S. Air Force Special Operations Master Sergeant) Wes J. Bryant stepped in.”

The book had to go through a rigorous classified editing process by the FBI and CIA.

“It took them 15 months or so to comb through the book,” Pittard said. “The book was quite long, so we had to reduce it a little. They wanted to make sure nothing in the book would compromise current operations.”

In the book, Pittard offers recommendations for dealing with terrorism and the fight against ISIS, both as a state and a terror network.

“At one point ISIS was putting out 90,000 propaganda and recruiting tweets a day,” Pittard said. “We have some suggestions in the book on how to shut that down or defeat it.”

Pittard hopes the book offers an understanding of what a small group of Americans were able to accomplish in supporting the Iraqi Forces in stopping ISIS.

The book is available at amazon.com/Hunting-Caliphate-Americas-ISIS-Strike/dp/1642930555.