You are at:Home»Current in Carmel»Carmel Community»State treasurer files to run for Congress

Mitchell, a Republican from Indianapolis, filed paperwork Aug. 27 to officially become a candidate for Indiana’s 5th District, which includes all or part of Hamilton, Boone, Marion, Blackford, Grant, Howard, Madison and Tipton counties. 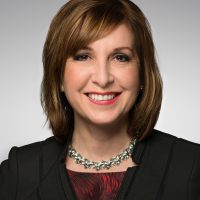 Mitchell served as a Cass County commissioner and worked as the director of TrustINdiana before becoming treasurer. She has a bachelor’s degree in political science from Valparaiso University and advanced degrees from IUPUI and the U.S. Army War College.

Brooks announced earlier this year that she would resign from Congress at the end of her term. Other candidates in the Republican primary are Steve Braun, a Zionsville businessman and brother of U.S. Sen. Mike Braun; Noblesville resident Micah Beckwith, a pastor at Northview Church, and Danny Niederberger, a fund accountant who lives in Indianapolis.