You are at:Home»Current in Zionsville»Zionsville Cover Stories»A look back: Lions elders reflect on 66 years of fall festival

Ralph Stacy remembers attending the Zionsville Lions Club Fall Festival for the first time when he was 9 years old in 1954.

Stacy, a long-time club member, said the Lions’ Fall Festival was created in 1952 to celebrated the Town of Zionsville’s centennial. The festival was organized by several different groups in town.

“It was a 100-year celebration in August, a three-day event, and it had a huge parade,” Stacy said. “The governor was here and a lot of other notables. I was a postman on the Zionsville U.S. Post Office float. I was just like 9. It was a big parade.  The Lions Club was very instrumental in getting that centennial celebration together as well as a lot of other individuals and organizations. It was not until 1954, two years later, that the fall festival started.

“It still had a lot of organizations involved in it, but it was down in (Lions Park), and there was a parade.”

Sixty-six years later, Stacy volunteers during the annual fall festival. The first festival netted a $700 profit, which went into the improvement fund for Memorial Park, which is now Lions Park.

“That kind of hasn’t changed,” Stacy said. “Our revenue from the fall festival goes to improvement of the park. That’s the beginning of what we know as our fall festival today. One of the big things were the children’s games, the things such as they put sawdust down and you could dive for half-dollars, or they had running contests with three-legged sack races. There was a lot of good food and fun.”

“It was such a big event and it took so many Lions to put it on, they asked if the Kiwanis would take over the parade for them,” Tikijian said. “The Kiwanis started organizing the fall festival parade. I was involved every year and in ’97, I became the Kiwanis chairman for the Fall Festival parade, which I continued to do for a number of years.”

In 2013, the Zionsville Lions Club resumed control of the parade and the Kiwanis Club slowly lost members and disbanded.

“At that point, I put together information so the Lions could take over the parade and then figured, what the hell, I might as well join the Lions,” Tikijian said.

For more on the festival, visit zionsvillelions.com. 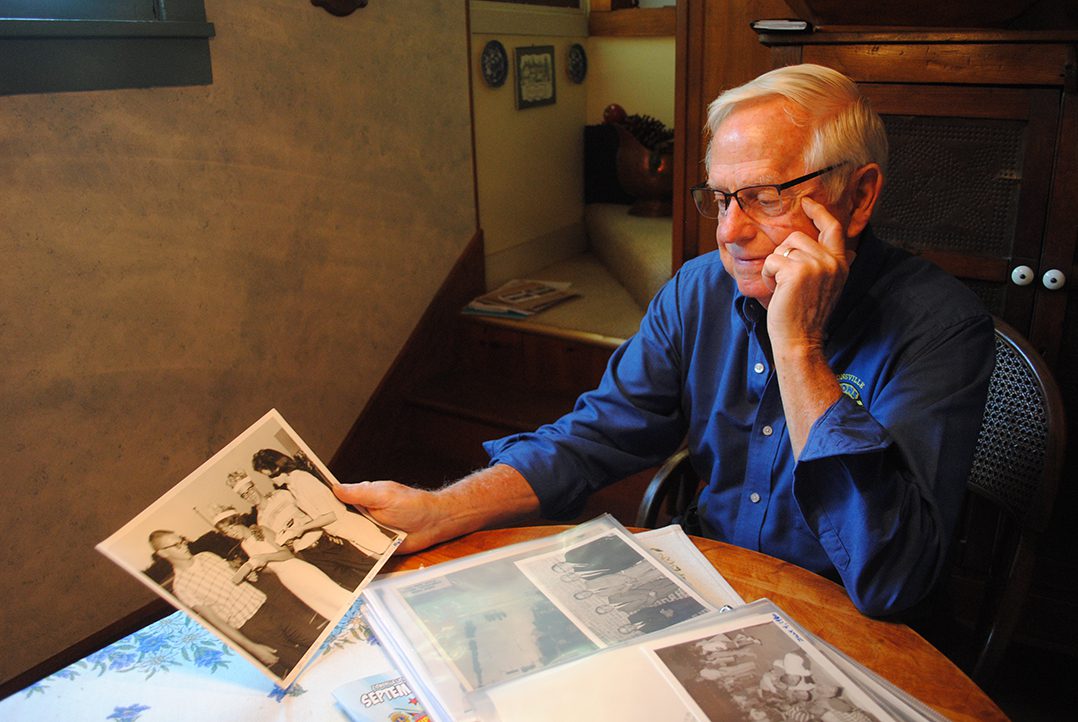 What the Fall Festival means to Zionsville

Zionsville Lion’s Club member Ralph Stacy said as new members join, it is important to get them involved in the planning and operation of the fall festival.

“I’ve seen that over the decades. We get new members and it’s very important we get them involved and it gives the current membership a little break, too,” he said. “That’s important in any service organization.”

“I mean, it’s true, small-town America,” he said. “The festival itself is classic to me. That’s what the fall festival is, the classic definition of a middle-America, small-town festival.”