A video game led to Ptolemy Henson’s passion for programming.

That eventually led Henson to attend a Power of Children Symposium three years ago.

“That inspired me to take my passion and bring it out to the world,” Henson said. “That’s how I started Every Leaf Has A STEM.” 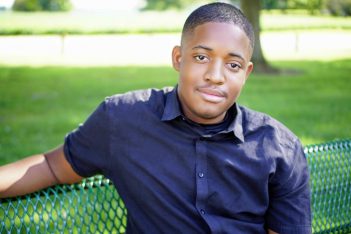 Henson’s project, Every Leaf Has a STEM, which stands for science, technology, engineering amd math, earned a Power of Children Award. The honor recognizes students in grades six through 11 who are improving the lives of others through a selfless commitment to service and the betterment of society

Henson, a Lawrence North High School junior, said he felt fortunate his family could afford to send him to several science camps. He realized other children in his school district were not as fortunate, so he started a free after-school program for kindergarteners to teach them basic science through fun, interactive experiments.

School leaders were so impressed they asked him to expand his club to additional elementary grades in several schools.

Henson, who lives in McCordsville, was one of six award winners and one of two from Indiana. He will be honored Nov. 15 during a special dinner and program at The Children’s Museum of Indianapolis. Award recipients receive a $2,000 grant from the Kroger Foundation to expand their philanthropic projects, and they may choose a partial college scholarship from IUPUI, the University of Indianapolis or Butler University in Indianapolis.

Henson intends to use his grant to buy additional materials for his after-school club and to expand the program into the Lawrence Public Library. He might use some of the money to promote awareness of the Little Coders Club.

“My original interest in STEM came with the video game Minecraft,” said Henson, who plans to go into software engineering as a career. “Minecraft is a creative game. The main goal is to build stuff.”

Henson said he wanted to make changes in the game, so he learned how to program in JavaScript.

“That’s how I was introduced to my passion, and I decided to learn more about programing after that,” Henson said. “I can program in about eight languages.”

“Then I started doing it at the early learning centers in my district because they were interested in having my program there,” he said.

Debbie Young, director of Power of Children Awards, said the program was started for Indiana youth but was expanded to include national winners in 2012. The symposium is held after the awards event.

“We teach them how to take an idea that they have and do something with it,” Young said.

The awards are made possible by the Deborah Joy Simon Charitable Trust, Young said.