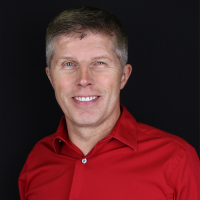 “Everyone knows the play, it’s iconic,” said Keller, a Fishers resident. “When I decided to submit it, there was definitely some anxiety. How would I pull this off? Could I do the script justice?”

Keller had questioned how, as a man, he would guide six women through a challenging and beloved story. Could he understand their point of view?

So, he asked good friend Ann Ellerbrook to be his assistant director.

“I asked her to make sure that we are telling the story of Shelby and these ladies authentically and with the respect that it deserves,” Keller said. “Ann has done that and more. She has enabled us to tell a story that I think will resonate with everyone. It will have meaning for anyone who has been a parent, anyone who has been sick or in pain, anyone who wants to live their life to the fullest. I think our audiences will appreciate how truthfully our actresses tell this story.” 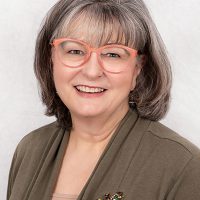 “I suggested it to Kelly because it is such a timeless story of love, loss and friendship,” Hill said. “It’s a plus that the cast is six women. There are so many talented women in community theater who have this show on their bucket list. Thirty years later, the movie is still a favorite with lots of people and I hope those who haven’t seen the show on stage will come and see it.”

“But when I got together with a group of friends to read the play, I realized that I was more drawn to Clairee’s pessimistically optimistic view on life,” she said. “I love how Clairee’s character unfolds and grows, and I identify with her pragmatic view of life. At the beginning of the play, she has been a widow for about five months and doesn’t know what to do with herself without her husband of almost 50 years. Over the course of the play, she discovers a love for theater, buys a radio station, does color announcing for her beloved high school football team and takes a trip to Paris. 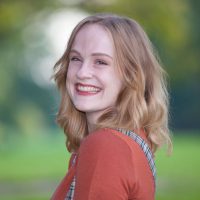 “Ouiser has some of the most straightforwardly funny lines, but Clairee has her share of more subtle barbs.”

“To be part of such a complex play, which truly explores the very real, very honest relationships between women, is amazing,” Scarborough said. “Every single character feels like a real person you have met before. It’s definitely one of my favorite shows. Shelby is such a fully realized, complex character that any female in her 20s would jump at the chance to play her. What I love about Shelby is how real she feels. She isn’t just a cardboard cutout of a young woman. Shelby is an amazing role to tackle because she has flaws alongside her better qualities. She can be a bit self-centered but still so compassionate. She bristles at her mother frequently, but there is obviously love and affection between the two.

“Shelby is the kind of role that forces you to grow as an actor. You can’t just go through the motions with her.”