As a student member of Carmel High School’s WHJE radio station and then a longtime CHS radio teacher, Tom Schoeller keeps in touch with many WHJE alumni.

So Schoeller is eager for the Carmel Clay Historical Society to open its exhibit “Rockin’ On: The History of Carmel High School’s WHJE and CHTV Stations” at 1 p.m. Sept. 14 at the Monon Depot Museum. A member preview is set from 5 to 7 p.m. Sept. 13. Artifacts and audio pieces have been collected to share with the public. 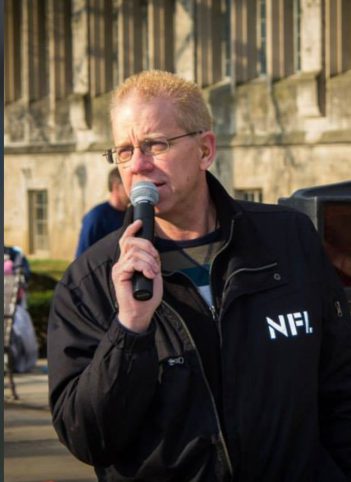 WHJE started in 1963. Schoeller, a 1974 Carmel High School graduate, taught beginning radio classes from 1978 through 2006. Right after he graduated from Indiana State University, CHS expanded the radio/TV department from one teacher to three.

“I want to say we have 250 people on the page who are alumni of the radio station,” the elder Schoeller said.

Some of Schoeller’s former students include Steve Inskeep, the host of National Public Radio’s “Morning Edition;” WISH-TV anchor Scott Sander; Lance McAlister (whose real last name is Gose), a sports talk host on Cincinnati’s WLW radio; and ESPN anchor Sage Steele. However, Steele was only at CHS for her senior year, so she only took radio classes.

“We ran it as close to a commercial radio station as we possibly could,” Schoeller said.

There will be a get-together of WHJE and CHTV alumni at CHS Sept. 26, the day before the school’s homecoming parade and football game.

After retiring from teaching, Scholler worked in video production at the NCAA and at the Indiana Convention Center and Lucas Oil Stadium as a sound and light technician. Schoeller also helped on Indianapolis Colts radio broadcasts for four years.