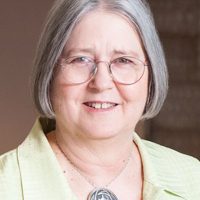 Carol Johnston, a friend of O’Bannon’s who helped create the film, will attend the event to give insights on the film and Indiana’s progress in caring for the environment.

“I created a proposal in which the idea would be to create a documentary about the great work people are doing on environmental issues around the state,” Johnston said. “In terms of its environmental track record, it’s one of the worst in the country. You can get bogged down quickly in the depressing statistics, but there are still lots of good people doing excellent work, and Judy O’Bannon has always been about what people are doing to make their communities better.”

Johnston and O’Bannon, wife of the late-Indiana Gov. Frank O’Bannon, traveled the state for six months interviewing everyday Hoosiers who are making a change.

“It was exciting because we were seeing people making changes at every level,” Johnston said. “Subaru in Lafayette is a giant international car manufacturer with a zero-waste policy that saves them $1 million a year. Then you have people doing remarkable recycling projects.”

The documentary was funded by a grant from the Rockefeller Family Fund. It was co-produced by O’Bannon and Gary Harrison.

“I didn’t know at the time, but she and Gary have made around 78 documentaries and won three regional Emmys awards,” Johnston said.

CGI representatives will offer insights on how residents can get involved to become environmental champions. Admission is free but registration is required. To RSVP, visit carmelgreen.org.