You are at:Home»Current in Westfield»Westfield Cover Stories»One monarch at a time: WHS sophomore raises caterpillars, releases butterflies into the wild

Westfield High School sophomore Christian Matthews is trying to make a difference in the world, one monarch butterfly at a time. When Matthews was in first grade, he learned about monarch butterflies and their population decline.

“I brought caterpillars into the classroom,” said Darcy Kelley, Matthews’ first-grade teacher. “We searched for milkweed leaves to feed them, and we would just watch them go through their whole process of becoming a butterfly.”

Matthews applied the classroom lesson to his personal life.

“I was originally inspired by my first-grade teacher to start raising them,” Matthews said. “So, I took up the torch and have been raising them and releasing them into the wild for the last 10 years.”

Matthews finds caterpillars in his milkweed garden, raises them until they become a monarch butterfly and then releases them. 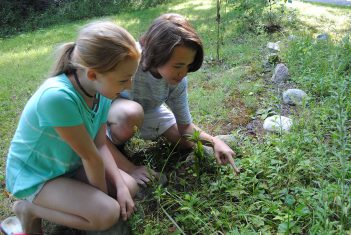 Christian Matthews and his sister, Kaitlyn, find milkweed in the garden.

“Throughout this process, I’ve learned so many things I didn’t know about monarch butterflies, but also about nature,” Matthews said.

Matthews learned the importance of the monarch to the entire ecosystem.

“Monarch butterflies are important pollinators,” he said. “They’re used to be millions of them, but since humans came along, the population has been on the decline.”

The monarch butterfly is considered an endangered species because of climate change and food loss. Its primary food source at the caterpillar stage, milkweed, is sometimes mistaken for a weed.

“Milkweed is the essential food for monarch caterpillars,” Matthews said. “They will not eat anything else. Many people see a milkweed plant in their garden and end up cutting it away because they don’t know its purpose. Without the main food source for the monarch caterpillars, there won’t be any butterflies.”

Besides growing milkweed in his garden, Matthews enlisted the help of the City of Westfield to prevent the destruction of milkweed.

“There is an area in Westfield where I liked to pick milkweed, but the city was cutting it down,” Matthews said. “I sent an email to the city asking them to leave it, and they agreed.”

He also supplies monarch caterpillars to the same teacher who fostered his love of the insect.

“It’s touching to me that he wants to stay in touch and share one of his early elementary-school experiences with my current students,” Kelley said. “He wanted to share that joy with younger kids because it made such an impact on him.”

To save monarchs, education is critical, according to experts.

“What Christian is doing is fantastic,” said Aaron Stump, habitat programs manager for the Indiana Wildlife Federation. “It’s education and outreach that gets people to care about wildlife like this. You have to hook people for them to realize that this species is important. That’s exactly what Christian is doing.”

Another way to help save the species is monarch tagging.

“Monarch Watch is a citizen science project,” Stump said. “That means everyday people run it. In the fall, we go out and net monarch butterflies that are migrating. We try to put a tag on it to report to a database. It helps them sort of keep track of the numbers.”

For Matthews, his love of monarch caterpillars and butterflies could manifest itself into something bigger.

“I’m going to be part of the Animal Club this year, and through that, I would like to share my love for monarch butterflies,” Matthews said. “I’m hoping it could grow in popularity enough where I can start my own monarch club.”

For more on monarchs, visit indianawildlife.org/monarchs/. 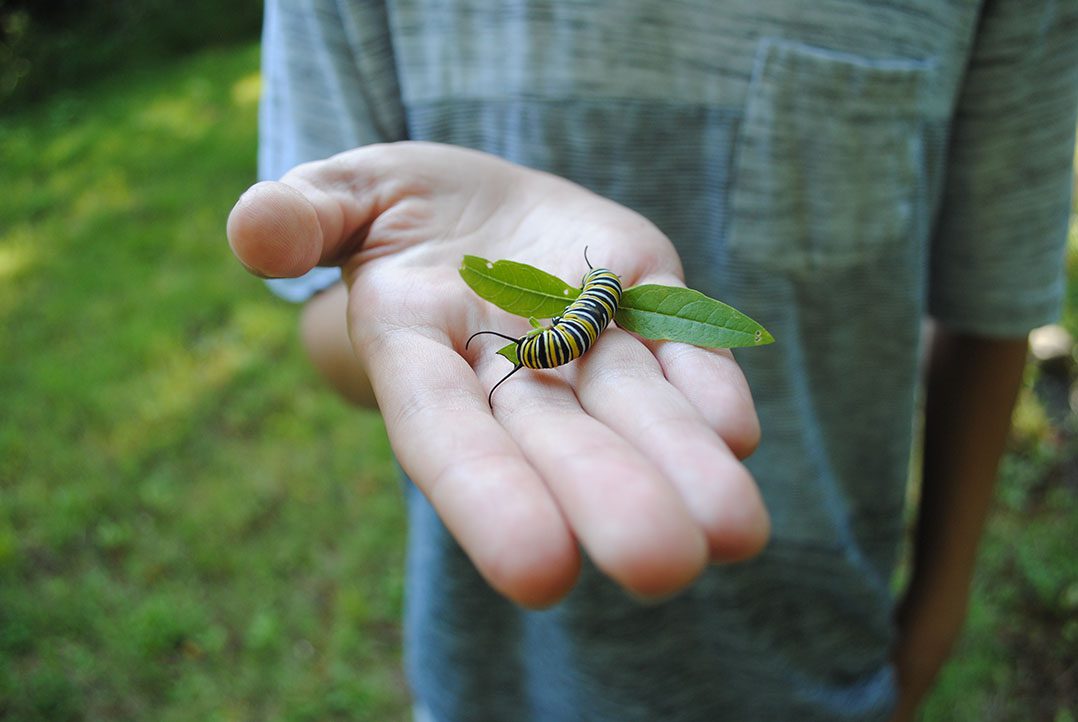 The monarch caterpillar’s only food source is milkweed.