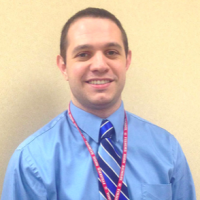 According to an article published in the FHS student magazine “Fishers in the Red” in November 2014, Duffy taught Algebra 2 and Geometry, and he was a sponsor of the chess club. The article stated Duffy grew up in Michigan and graduated from Henry Ford II High School in Sterling Heights, Mich. He then went on to attend Michigan State University, where, according to an MSU Today article, he received a 4.0 GPA in his last semester.

According to the “Fishers in the Red” article, Duffy liked to teach his students in an interactive classroom with group work and critical thinking questions.

“We are saddened to learn of the sudden passing of Ryan Duffy, a former Fishers High School teacher. We are currently working with building administrators to provide counseling services to former colleagues and students of his through the district’s Crisis Response Team. We wish his family and friends comfort during this difficult time.”

Current in Fishers contacted the Fishers Police Dept., but FPD has not responded as of press time.