A Boone County Sheriff’s Office internal investigation has found that Corrections Officer Jeff Godzeski acted negligently when an inmate went into cardiac arrest while at the Boone County Jail Aug. 10. The inmate, 58-year-old Prince McGoy of Indianapolis, died a short time later at the hospital. 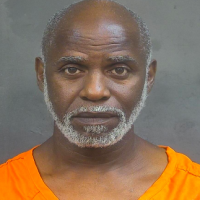 According to the BCSO, Godzeski violated a BCSO guideline which states, “No Member shall, in the performance of his or her duties, display reluctance or inability to properly perform his assigned tasks, act in a manner tending to bring discredit upon himself of the Office, fail to assume responsibility or fail to exercise diligence, intelligence, and interest in the pursuit of his duties.”

Besides Godzeski’s termination, Corrections Officer Luke Cody was placed on a three-day, non-paid suspension for the same violation for his actions during the medical call. A third, unnamed corrections officer was praised for her actions during the time of the incident.

McGoy went into cardiac arrest after complaining of chest pain in the jail’s A block. McGoy’s health declined while he was speaking with corrections officers, and jail staff began CPR. An AED was administered, and McGoy’s pulse returned. Medics arrived and transported McGoy to Witham Hospital. He was later transported to St. Vincent Hospital due to continued complications.

At approximately 5 a.m. Aug. 11, the BCSO was notified that McGoy had died. McGoy had turned himself in Aug. 8 and was being held on a $1,000 bond for a probation violation.

No criminal charges have been filed against jail staff, and the BCSO also confirmed a civil suit has not been filed. Sheriff Mike Nielson said the BCSO continues to take the investigation very seriously. He said the Indiana Dept. of Corrections is working alongside investigators, and Boone County Prosecutor Kent Eastwood is now involved in the investigation.