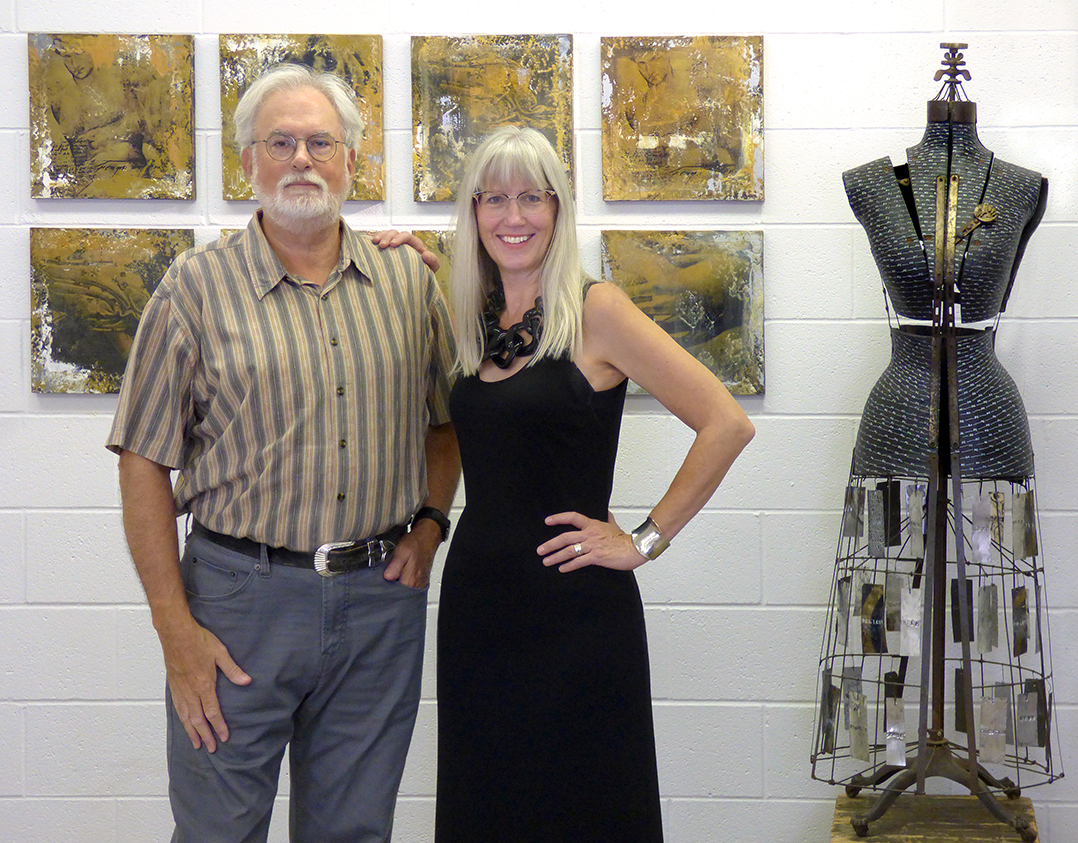 After 27 years in the community banking world, Julie Kern was ready for a new challenge.

So, the longtime Carmel resident retired 13 years ago and soon began to explore her love of art. Yet, she confessed she was shy to make the transition to becoming an artist.

“When you put that art in public, it’s like baring your soul.  It’s not an easy thing to do,” Kern said.

So, she began by creating art under her childhood nickname, “Satch,” which was derived from her maiden name, Satchwill.

“I’ll hide behind the name and no one will know who it is,” she said. “After a while I got a little bolder. I could show my face and claim my work.” 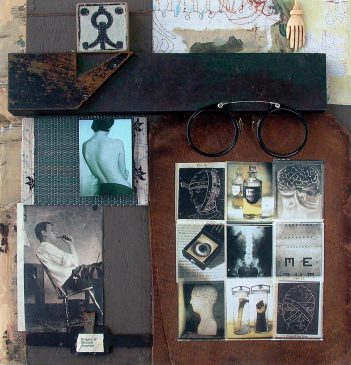 Julie Kern’s “Origins of Medical Practice, 2007,” will be in the Midwest Museum of American Art.

Now, her work and her husband Ron Kern’s photos have been placed in the Midwest Museum of American Art in Elkhart. Their art was donated to the museum by Dr. Steven Conant of Indianapolis, a well-known collector of modern and contemporary fine art.

Julie said being included in the museum will be “a positive spark of creativity that will carry my art forward.”

“Then, (Conant) told me a few weeks later he was donating two of my New Mexico photos,” Ron Kern said. “It completely surprised me.”

Julie Kern’s piece in the museum collection will be “Origins of Medical Practice, 2007,” a mixed media assemblage of found objects.

Ron Kern will have two photographs from his New Mexico collection in the museum display.

“The pieces are recycled materials, so I reuse wood, metal, paper and nails,” she said.

Julie Kern, a North Central High School graduate, has a gallery, Satch Art Space, at Circle City Industrial Park, 1125 E. Brookside Ave., Suite C14, Indianapolis. It is open for First Fridays of each month from 6 to 9 p.m., special events and by appointment. The Kerns’ artwork also will be displayed during the Carmel International Arts Festival Sept. 28-29 at the Pair’d Furnishings in the Indiana Design Center.

“They are bringing in artists to complement the furniture,” Julie Kern said.

Ron Kern said he and others have encouraged his wife to paint more.

“She painted a lot more in the first part of her career change and she sold a ton of paintings,” he said.

Ron Kern has been interested in photography for more than 30 years. He was inspired by photographer David Michael Kennedy, who became a mentor. Kennedy’s photo graces Bruce Springsteen’s “Nebraska” album cover.

“When I saw David’s photographs of New Mexico, I saw light in a way that I never saw light,” he said. “It completely opened up my mind with photography and light. There is something about how he saw and captured light that blew my mind.”

Ron Kern primarily takes photos for his own enjoyment now, occasionally exhibiting at his wife’s gallery. The couple has a collection of James Spencer Russell, an Indiana-born artist.

“He was prolific and successful in New York City in the ’60s and ‘70s,” Julie Kern said. “He’s an inspiration to me.”

Ron Kern has authored a book, “Style Elegance and Wit: Rediscovering the Life and Art of James Spencer Russell,” and the couple created a website, jamesspencerrussell.com. Russell died in 2000. His artwork sat in his basement for six years.

“Julie and I did all the research for an retrospective of that, and the Indiana State Museum and I wrote the book on it,” said Ron Kern, who owns several pieces from Russell’s collection.