The Fishers Multi-Faith Community for Compassion will present several Meet Your Neighbor events this month.

Fishers residents are made up of many different religions and faiths. The event’s goal is for residents to realize they’re more alike than they are different. 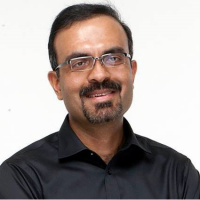 “The idea is to bring people from different religious and ethnic backgrounds together to learn from each other,” said Muzaffar Ahmad, president and founder of Fishers Multi-Faith Community for Compassion. “Each speaker will talk about their beliefs, misconceptions that people have formed and common themes with other faith traditions.

“We want to give people an opportunity to see what people with different backgrounds believe and how they live their lives promoting diversity.”

Congregation Beth-El Zedeck in July and was ordained by the Ziegler School of Rabbinic Studies in May.

Fishers resident Gurinder Singh will speak Oct. 10 about the Sikh faith. Singh is the founder and chairman of SikhsPAC and SikhsMEDIA. He is an entrepreneur, philanthropist and a vocal leader at the local, state and national level.

Ahmad will discuss the Islamic Faith Oct. 15. He was born in Pakistan and is a member of the Ahmadiyya Muslim Community. Ahmad said he loves to share information about his faith and to learn about other communities. He has spoken about Islam at several churches, universities and libraries throughout Indiana and has been on several radio and TV shows.