You are at:Home»Lifestyle»Column: Drug Addiction Affects Us All

Directly or indirectly, drug addiction affects everyone in our communities. Maybe it’s your daughter, a fellow employee, a childhood friend or that neighbor down the street. Even though societal norms tend to condemn and stigmatize people suffering from drug addiction, it’s a real problem in our own backyard that we can no longer ignore. 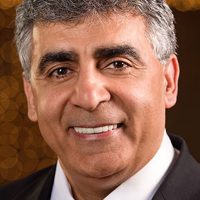 With the highly potent drugs on the market today, this epidemic is even hurting our police officers. Earlier this year, a Carmel police officer nearly overdosed on fentanyl after handling a white powdery substance he found while searching a man’s wallet, according to a local news report. Fellow officers had to give him a dose of Narcan, a drug to prevent him from overdosing. The Carmel Police Department is now keeping Narcan for their K-9s, too.

Are we doing all we can to fight the drug epidemic in our communities? While I salute local law enforcement, first responders and the armies of drug and mental health providers for their heroic efforts in the daily battle against drug addiction, I think we can do even better.

The same trend can be seen here in Hamilton County. Did you know that 70 percent of all inmates booked into the Hamilton County Jail have drug or mental health issues? A startling number, for sure, and one that could be significantly reduced with the right programs and a community shift toward treating drug addicts through long-term recovery programs instead of with a punitive approach.

According to the Hamilton County Coroner’s office, 40 people died in 2018 from opioid overdoses in Hamilton County. Toxicology reports also showed the average victim had at least four drugs in their system. The numbers of deaths and drugs are shocking, but many who fight on the front lines question whether the number of deaths from drug overdoses is actually much higher.

In Indiana, some coroners may not have the training or budget to run toxicology tests for every accidental death like we do here in Hamilton County, leaving many opioid-involved deaths in Indiana unaccounted for. Documentation required by Indiana coroners sometimes masks the real cause of death due to drug overdose by listing cardiac arrest or drug interaction on a death certificate to appease stigma-fearing family members. The numbers of Hamilton County residents may also be off because the overdose happens in another county, and the death is never accounted for in Hamilton County.

All of these issues hamper our ability to understand how pervasive the drug epidemic might be right here in our own backyard. As a result, finding effective ways to combat it have also proven difficult.

A program that follows the recovery model vs. the punitive model detains drug addicts but doesn’t incarcerate them; it treats the individual holistically and not punitively. A long-term recovery program helps the drug addict change their behavior by removing controls and outside influences and encouraging accountability, responsibility, healing, and reintegration into society.

In Hamilton County, we currently have no facility that offers this type of holistic, long-term drug rehab. Patients sometimes must wait weeks or months to start a drug treatment program, most of which last for only 30, 60 or 90 days, and they often relapse right after release. Studies have found that people who spend at least one year in a drug rehab program have better outcomes with sustaining sobriety.

Let’s tackle the issue head-on by showing the courage to address the problem of drug addiction in Hamilton County and demonstrating the strength to execute a remedy. It takes the collaboration of many entities, private and public, to produce a positive impact on this issue. In the weeks to come, there will be discussions on this topic at many levels. Be open and honest about the role that you can play. Tackling this issue now will help save lives!