You are at:Home»Current in Noblesville»Noblesville Community»Column: Hamilton County’s misspelled landmark 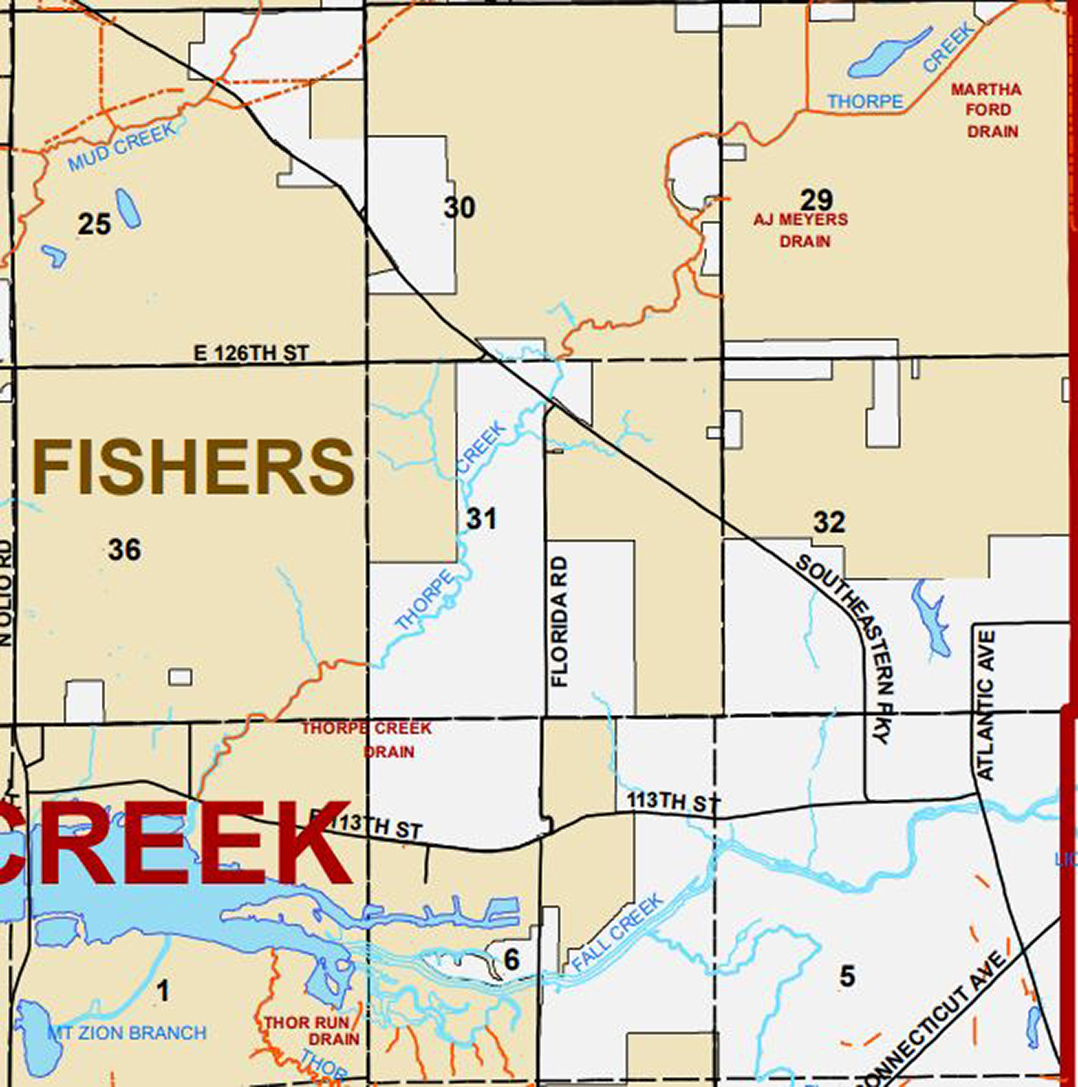 There is a body of water that flows through Fall Creek Township in the southeastern part of the county. It bends around the community of Cyntheanne, crosses under Southeastern Parkway and 113th Street, and then empties into Geist Reservoir. It passes nice neighborhoods and has an elementary school named after it. It’s an identification point for the community. The irony of all this is that it has been referred to by the wrong name for more than a century.

The Thorpe Creek area has a more lively history than you may expect. The creek got its name from the first white settlers in the area – two brothers named James and Collins Tharp. In his 1901 history of the county, Augustus Finch Shirts says they were settlers. However, their names are not listed on any land purchase records. They had originally come from North Carolina and had a free African American woman as a part of their group. They are listed on the 1820 census in Delaware County, from which Hamilton County would be separated in 1823. Shirts said that the most notable event of their residence in the area was the death of one brother’s wife. They put her body into an old dugout canoe and rowed to a gravel bank on the east side of the mouth of the creek. Then they pegged a top on the canoe and buried it in the gravel. The gravesite is, of course, now under Geist. Soon after that, the families moved to Madison County, where they are listed on the 1830 census.

Their neighbors became famous (or infamous) soon after they left. These men were Andrew Sawyer and John Bridge. According to Shirts, Sawyer built a cabin on the south bank of Fall Creek near the mouth of Tharp Creek sometime around 1821. Bridge was a trader who built a cabin on Fall Creek near where a trail crossed and often stopped in at William Conner’s trading post. In 1824, they were part of a group that committed the brutal murder of some local Indians, which became known as the Fall Creek Massacre. Both men were convicted of murder and hung.

The first mention of the creek that can be found in a newspaper is in 1889 and refers to it as Tharp’s Creek. There are several mentions in 1891 when a wooden bridge crossing the creek was burned by an arsonist. The road was called the “Arnold Highway,” and it may have been where 113th Street crosses the creek today. Things got lively when the Democrat newspaper said the arsonist was a Republican trying to control the area. The Republicans responded by saying that they had seen plenty of bridges burned by Democrats during the Civil War. The county soon replaced the span with a fireproof iron bridge. The “Tharp” name is consistent until around 1900, when it begins to be referred to as Thorp’s Creek. It’s spelled both ways in the newspaper, sometimes without the apostrophe. Shirts is the first known source to add the letter “e” in his 1901 book. The name “Tharp Creek” appears on the official state soil map in 1912. Occasional uses of “Tharp” can be found in the newspaper until 1990. However, official maps now have it marked as Thorpe Creek.