You are at:Home»Current in Carmel»Carmel Community»The cost of safety: Some Hamilton County officials say cost-cutting measures may put police officers at risk

Hamilton County residents will soon be paying higher taxes to fund the 911 dispatch center, but some Carmel officials say the existing fee structure has led to other police departments putting their officers at risk.

City and town councils representing more than half of the county’s population recently approved raising the local income tax from 1 to 1.1 percent to fund the dispatch center. The Carmel City Council is set to discuss the tax increase at its Oct. 7 meeting, although its vote will not change the outcome. The tax increase is scheduled to go into effect Jan. 1, 2020.

Currently, the county uses a formula that bases each city’s fee to use the 911 dispatch center on the number of police and fire calls it receives. The more calls generated, the more a city pays as a percentage of the whole.

Some officials in Carmel say that system has led to other police departments instructing their officers to not alert dispatchers – a process known as marking out – when conducting certain proactive police activities, such as security checks and foot patrols. By not marking out on certain calls, a municipality could lower its call volume and thus its portion of the fee to use the 911 dispatch center. But it also means that dispatchers might not immediately know an officer’s status or location should something unexpected happen.

“I believe that is a safety issue for the officer,” Carmel City Council President Jeff Worrell said.

“I can think of very few occasions when a uniformed officer is better off by not marking out of service on an investigation,” Horty said. “The action typically would keep an officer safer and more efficient by having assistance close and keep the communication dispatcher informed.”

‘Nothing out of the ordinary’

Westfield Police Dept. Asst. Chief Scott Jordan said WPD changed its policy regarding marking out in 2017 after it recorded the second-highest call volume in the county in 2016. At the time, Westfield had 11.9 percent of the county’s population but 20.2 percent of police calls to the dispatch center.

Jordan said WPD’s proactive, community-centered policy of reporting nearly every police action ended up making Westfield’s fee disproportionately high, so in mid-2017 officers were instructed not to mark out on “customer service-related” calls, such as vacation checks and foot patrols. Westfield’s portion of its dispatch center bill for police calls dropped by more than $285,000 in two years, a total Jordan attributes in large part – but not completely – to the internal change in policy.

“That was too much money to ask our residents to pay to track non-police calls,” said Jordan, adding that a change in software used to track calls also contributed to the decrease. He doesn’t know if WPD will revert to its previous policy when the tax goes into effect and makes the fee formula obsolete.

Westfield officers still provide vacation checks and other proactive services, but the city no longer tracks them. According to data from Hamilton County, Westfield conducted 4,066 security checks in 2017 but only 74 in 2018. Its number of directed patrols, or officers sent to certain areas to prevent or reduce crime or other incidents, fell from 5,421 in 2017 to 112 the following year.

“By no means would we make that change if we thought it would jeopardize an officer’s safety,” Jordan said. “(Customer service calls were) one of those things that a lot of communities don’t do or can’t do, but we wanted to provide it and share with our residents how many times we actually put eyes on their house. The vast, vast majority of the time there’s nothing out of the ordinary.”

But that’s a risk that may not be worth taking, according to Horty. He said the chances of something dangerous happening in such situations is extremely low but the consequences could be devastating.

“On the one hand, for officer safety you should mark out every single time, but in the real world someone might say not to mark out every single time you’re getting out of your car to make a dandelion check,” Horty said, referring to an obviously harmless situation. “The sweet spot is somewhere in the middle, but I think if you’re going to err on the side of safety, it would be to mark out of service and let someone know where you are and, for the most part, what you’re doing.”

Other factors at work 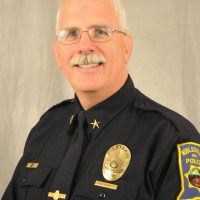 In Noblesville, calls also peaked in 2016 at 53,217 but dropped to 45,747 the following year and 40,542 last year. Noblesville Police Dept. Chief Kevin Jowitt said his department has not made any procedural changes that would affect call numbers. He attributes the decrease to less crime, a staffing shortage of officers and new hires being required to ride with veterans during training, meaning fewer units are on patrol.

Jowitt said he’s not been a proponent of the 911 center fee formula.

“It is absolutely true that this methodology that has been used historically is manipulatable,” he said. “I have expressed a belief that it would be better to use a number that is not manipulatable, like population.” 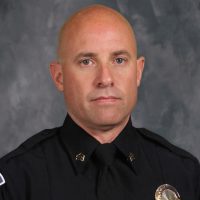 Fishers Police Dept. Sgt. Tom Weger said the discrepancy isn’t based on a single factor but that differences in internal policies likely play a role.

FPD, for example, does not have a specific policy that outlines when officers must mark out with dispatch. Weger said officers are given “some discretion” on marking out but that they are encouraged to do so on all calls for service, including security checks.

“It’s an officer-safety issue,” Weger said. “Anytime you mark out or you get out on a detail, there’s a potential for you to have some kind of confrontation. If you’re doing a vacation check to make sure there has not been a burglary, that means there is some potential there could be a burglary. If you just happen to walk up on a burglary in progress, that can be problematic.”

In Carmel, the number of calls has remained steady the past three years at approximately 91,000 calls annually. 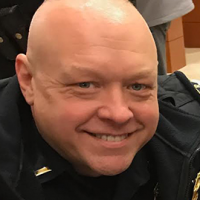 Carmel Police Dept. Lt. James Semester said CPD’s communication policies have remained unchanged for many years. He said officers are required to mark out on calls – including security checks and directed patrols – to alert other officers on duty of their whereabouts if they need assistance, to alert others when they are busy and to give supervisors a clear view of what each officer is doing in real time.