Running for Carmel City Council seemed like a logical next step for Ti’Gre McNear.

The Gary native moved to Carmel in 2008 and has volunteered as a Democratic Party precinct committeeman for three years. As she had conversations with elected officials – including Democratic State Sen. J.D. Ford and Republican Carmel City Councilor Ron Carter – she realized she wanted to become more involved. 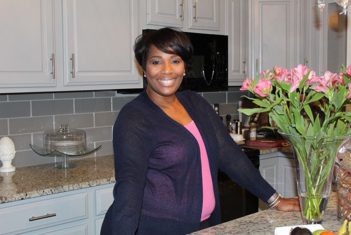 “Service is at the core of who I am,” McNear said. “I believe that together, when we share our differences, when we communicate with each other and share our experiences, it brings us together. Collectively, we’re more alike than we are different.”

A first-time elected office seeker, McNear will run against Republican incumbent Sue Finkam in the council’s Northeast District. Finkam and McNear were unopposed in the May primary.

She aims to improve transparency by cultivating inclusive leadership and making public documents easier to find and understand.

“I want the council to be transparent so the citizens of Carmel can get involved and use modern technology so we can tap into millennials so they can become more involved in the community,” McNear said.

She said after achieving much success, city leaders have become complacent in how they lead Carmel. She wants to fend off complacency by examining the evolution of technological advances, policies and practices to ensure relevance.

She also wants to sustain Carmel businesses by substantiating recruitment, selection and retention of businesses. She said she’s seen too many local businesses struggle to survive.

“My interest in politics is unorthodox in that its root is based on love alone,” she said. “Anything opposite of that is paralyzing, fearful and hinders human growth.”

McNear attended college at Indiana State University before moving to Indianapolis in 1994. She has a master’s degree in organizational leadership and is a training specialist with the IU School of Social Work. She married her husband, Allan, in 1995, and they have a daughter, Ashton, who is a student at Johnson C. Smith University. The family moved to Michigan for five years for Allan’s job before making the move to Carmel.