You are at:Home»Current in Carmel»Carmel Community»Braun suspends 5th District campaign for medical reasons 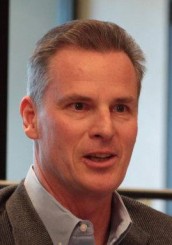 Zionsville Republican Steve Braun has suspended his campaign for the 5th Congressional District because of health concerns.

He stated that doctors identified an issue during an annual check-up in September that will require him to step away from the campaign for “the next few months.” He did not specify the diagnosis.

“I am both frustrated and disappointed to have to suspend my campaign at this critical juncture,” he stated. “Now more than ever, we need to send individuals to Washington who have the capability, the experience and the willingness to address the problems we face.“

Braun ran for Indiana’s 4th District in 2018, finishing second to Jim Baird in the Republican primary.

He served in the Indiana House of Representatives from 2012 to 2014 and was the commissioner of the Indiana Dept. of Workforce Development until 2017.