You are at:Home»Current in Carmel»Carmel Community»Indiana broadcasters to join hall of fame

Ann Craig-Cinnamon had her ups and downs in her 30 years in broadcasting in Indianapolis.

“As a woman in broadcasting back then, I certainly had some issues,” she said. “One time at ZPL (WZPL-FM), the program director said they were looking for the male Ann Craig. When they found that person, that person didn’t want to work with me and I wound up getting fired. I was paid less than half of what my male counterpart was paid at one point.” 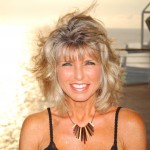 The Fishers resident’s contributions will be recognized when she is inducted into the Indiana Broadcast Pioneers Richard M. Fairbanks Hall of Fame.

“So in the end, to be honored this way makes it all worthwhile,” Craig-Cinnamon said. “It’s a great honor.”

Craig-Cinnamon will be inducted with TV program manager and network founder Ed Spray, TV journalist Linda Lupear and TV anchor and editor James David Longest during an Oct. 24 luncheon at the 503 502 East Event Centre in Carmel.

“I was in my early 20s and I was thrown in with a bunch of guys, so I had to be one of the guys,” she said. “It was a little intimidating, but it served me well later.”

In 1983, Craig-Cinnamon was one of the original reporters for WPDS-TV (now WXIN). She served as public affairs director. She then served as news director for Network Indiana. She then served as host for morning radio shows on WZPL-FM,  WENS-FM, WYJZ-FM and WHHH-FM. She and her husband, John Cinnamon, were hosts on WENS for 1 1/2 years and then worked together at Smooth Jazz 100.9 WYJZ-FM for five years. That was her last full-time on-air job in 2008, but she still does voiceover work.

Craig-Cinnamon said she fought to have equal footing.

“They wanted me to be the giggling sidekick,” she said. “I had a strong personality and I wasn’t going to do that.”

Craig-Cinnamon, who had a stint as Current in Fishers managing editor, is a travel agent for Travel Leaders. She and her husband are avid travelers. She has visited 109 nations, all 50 states and all seven continents.

Spray said the honor came out of the blue.

“It brings back a lot of good memories and good friendships,” said Spray, who got his start as a film editor and cameraman at WISH-TV in Indianapolis. “It’s an indication you’ve done a pretty good job throughout your career.

Lupear started at WISH, spending seven years there. She moved to WRTV in 1973 and spent 24 years at the Indianapolis station. She was focused on the education and health beats.