You are at:Home»Current in Fishers»Fishers Community»From the ground up: Fishers resident talks design projects, Indiana Architect of the Year recognition

Jeremy Welu admits he’s not like most architects in the fact that he didn’t always want to be one. He didn’t know he planned to study architecture until two weeks before he started college at Ball State University.

“Architecture was an intersection – I loved art and was strong at math. I thought it would be a good intersection of those,” said Welu, a Fishers resident.

He was right. After graduating, Welu went on to become a founding partner at DELV Design. He was recently recognized by the American Institute of Architects Indiana as Young Architect of the Year. The 39-year-old barely made the cut-off, as the recognition is for those 40 and younger.

DELV Design is an Indianapolis-based firm with several Fishers projects in the works – The Yard at Fishers District on 116th Street and Fire Station 91 on Municipal Drive. 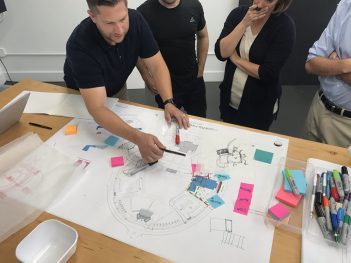 Welu said DELV Design goes through a painstaking inquiry with each client to completely understand what is wanted from the firm.

“The fire station is the perfect example,” Welu said. “We got to know each shift. We spent time with each shift and shadowed them to go through a day and learned what the pains of the current location are and the needs. That’s the approach we take with all of our clients.”

Designing the fire station was like coming full circle for Welu, who’s family was a victim to a house fire July 4, 2015, just months after DELV Design was launched. Fishers Fire Dept. responded to that fire.

The fire originated in the garage, and Welu thinks it was due to fireworks. The ladder truck from Station 91 responded to that fire.

“From the ashes of Jeremy’s own fire rises inspiration for the firefighters who came to help his family,” FFD Chief Steven Orusa said. “We are excited to see the design of our new firehouse implemented as seen in his architectural vision.”

However, Welu’s respect for firefighters originated before the house fire. He was working as an intern at Hardy Holzman and Pfeiffer Associates which was at 18th and Broadway in New York City during the Sept. 11, 2001 terrorist attacks.

“I saw it in person,” he said. “I saw everything from the second plane on. It increased my respect (for public safety officials). That was the moment for me realizing that buildings are important, but people in those buildings are (more so).”

Welu admits Station 91 is his proudest project to date.

“Seeing how important their (firefighters’) role is in the community and for our family to be here for 16 years now, to be a part of a project (Station 91) in the Nickel Plate District, to be a part of that fabric for Fishers is really meaningful,” Welu said.

Typically, DELV Design works on projects in higher education, healthcare, food and beverage, hospitality and multi-family. It was the design firm for the Sun King Distillery in Carmel.

With The Yard at Fishers District, Welu said DELV Design was a player in a team of firms to tackle the project. DELV Design worked specifically on the interior space and build out for Sun King and the Fishers Test Kitchen, the Havana Lounge and Kiss Kiss Bang Bang.

Other founders of DELV Design include Welu’s wife, Amanda, Chris Lake and Kara Weber. Next up, Welu said the group plans to pursue team awards.

To date, Welu has been involved in the design of more than 300 projects. He and Amanda have three children, Hudson, Savannah and Jensen. 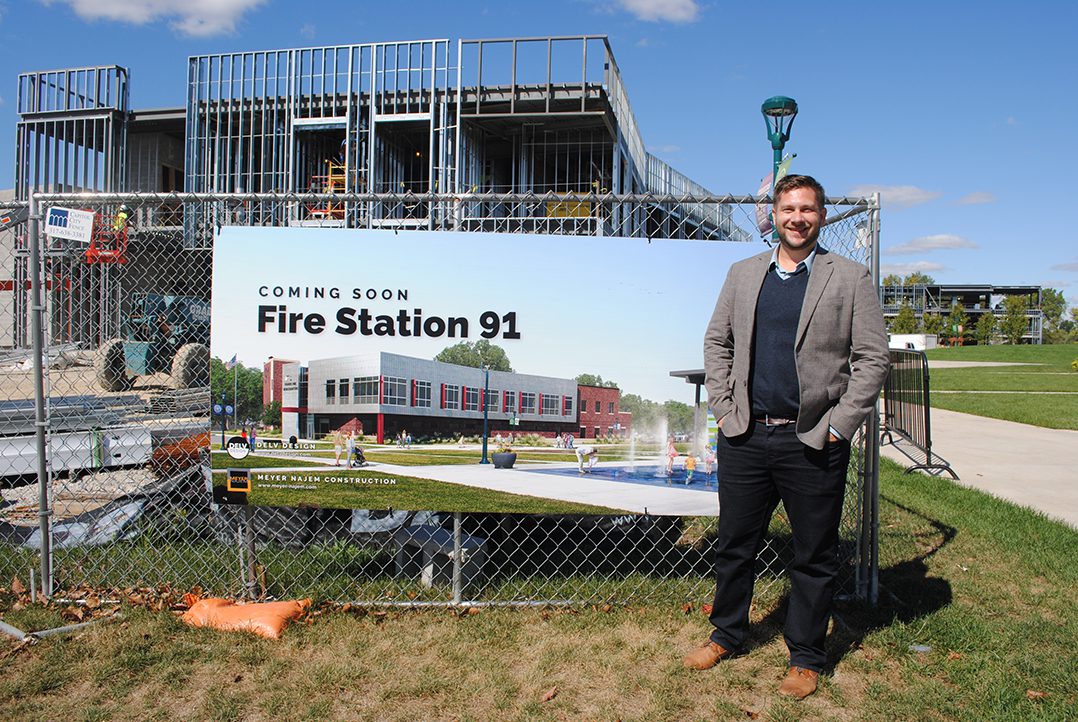 How he and Amanda met: At Ball State University

Favorite part of the design process: The bookends – the first time he sees a client and then being with them when they walk through the space for the first time.

Last book he read: “The Road Back to You” by Ian Morgan Cron

Favorite thing about Fishers: Parks and the school system