An upcoming production of “Our Town” at Fishers High School will be the second go-around of the play for director Anna Nickell.

Nickell is the school’s new theater director but served as an assistant director of a different production of “Our Town” at another high school in 2013. Now, she’s taking the lead with assistant director Jordan Nel for the show that will be staged at 7 p.m. Nov. 7-9 and 2:30 p.m. Nov. 9.

“‘Our Town’ is the story of two families at the turn of the last century,” Nickell said. “The play follows two of the children in the families, George and Emily, as they grow and fall in love. It is a story of love and loss. It’s also a story about all of us. It reminds us of what makes us human, and that what is most important in life is usually pretty simple.”

The cast is made up of 23 FHS students. Another 25 work behind the scenes.

“We are undergoing a major auditorium renovation at FHS, so this production is taking place in our Blackbox Theatre,” Nickell said. “That presented several staging and technical challenges. We decided to create a thrust stage in that space, which means the audience will be seated on three sides of the stage. The actors will also use the aisles for some scenes, which really gives a sense of immediacy for the audience and makes them feel like they are a part of the action.

“We really wanted the idea of ‘Our Town’ to be reflective of our town of Fishers. The audience will notice some subtle and not-so-subtle references to Fishers throughout the show.” 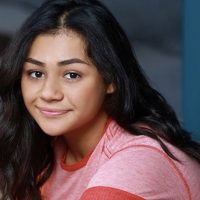 Junior Maddie Ayen will play the stage manager role, which essentially is the narrator but also provides the opportunity to play multiple characters.

“My favorite part of the play is when I become the ice cream parlor man. I get to use a quirky accent and act like an old man, which tends to be a highlight for me,” said Ayen, who also will have three lengthy monologues in the show. “Other than that, every monologue has a deeper meaning. Getting to talk to the audience to hopefully help them self-reflect is an honor.” 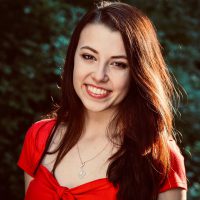 “It definitely is a challenging role because it is so well known,” Legg said. “The play shows how she changes throughout her entire life, from childhood to adulthood. There’s a huge range of emotions she expresses that change as she goes through life. I also love the message behind this show. It’s very thought-provoking and sends a powerful message to the audience. I love how even though it takes place in 1901, the characters live and struggle with the same things we do today.”

Tickets are $5 for students and $7 for adults. Pre-sale tickets are available at purplepass.com/fhstheatreourtown.