Gavin Stewart has a heavy dialogue role as Professor Harold Hill in “The Music Man.”

Yet, his biggest challenge isn’t remembering all the lines, but how quickly he has to deliver them. 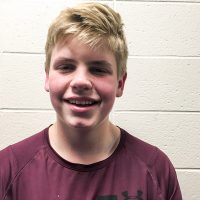 “I’m basically in every scene and he talks really fast,” Stewart said. “It’s kind of hard to keep up sometimes.”

Stewart, an eighth-grader, is playing Hill in Clay Middle School’s production of “The Music Man” at 7 p.m. Nov. 8-9. An understudy performance is set for 7 p.m. Nov. 7.

“It’s so fun to do those songs like ‘Ya Got Trouble’ because they are so classic,” Stewart said. “I watched the movie maybe two years ago. When (choir director Miranda Susie) said we were doing the ‘The Music Man,’ I got pretty excited.”

Stewart, who played the Cowardly Lion in “The Wizard of Oz” at Christian Youth Theater earlier in 2019, said a passion for singing runs in the family. 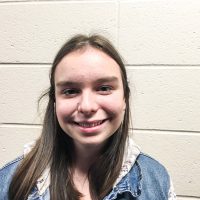 “I’ve been doing theater since I was 9,” Colvin said. “This is kind of a different role for me because I’ve done a lot of supporting comedic roles, so this is something quite different because I’m more of a serious lead. So, I think it’s good to expand my acting skills, and it’s been really fun.”

Colvin has performed in Christian Youth Theater and Junior Civic.

“I had seen the movie and watched the musical once,” Colvin said. “I like watching ‘Rock Island.’ That always is so fun. The one I’m performing I like the most is ‘Piano Lesson/If You Don’t Mind My Saying So.’ It shows Marian’s actual self. A lot of times she is just putting on a mask for all the people in the town to show she is tough when she is really not.”

Colvin said the biggest challenge is trying to figure out how to make the character new every time.

Tickets are $3 to $5 depending on seat location. They are available through eventbrite.com.