You are at:Home»Current in Carmel»Carmel Community»Contemporary Christian songwriter Thurlow was born to sing

Andrea Thurlow’s love of singing is inherited as both her parents were performers.

The Fishers resident’s father is John Henderson, and her mother is Janette Trent. 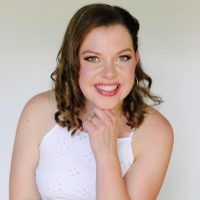 “My mom doesn’t perform regularly anymore, but my dad is the worship leader at Mount Pleasant United Methodist Church in Terre Haute,” Thurlow said. “My dad has released two contemporary Christian albums over the last two years and performs regularly in the Terre Haute area. He released an album in 2017 called ‘Jesus Still Loves You.’ I wrote and sang three of the songs on that album.”

Thurlow’s first album, “Too Good,” was scheduled to be released Nov. 8. The album, whose title is derived from the meaning God is “Too Good,” was produced by Last Day Productions. The 2011 Westfield High School graduate recorded three songs for the album in April. In May, she launched a Kickstarter campaign to fund a full 11-song album.

“The goal of the Kickstarter was to raise $5,000 for the album in 30 days,” she said. “The campaign was successfully funded in 29 days, ultimately raising just under $5,500. Since then, we have been working on getting the album ready as well as the other Kickstarter rewards, including a printed lyric book and personalized one-minute jingles for every donor who gave $100 or more.” 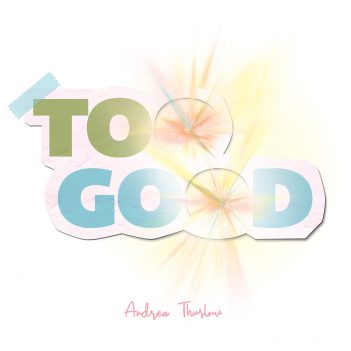 “I’ve been singing since I was very young, but I had never tried to write a song before,” she said. “I had never played an instrument, so I always felt like I didn’t have the tools I needed to be a songwriter. My husband (Taylor Thurlow) had recently bought me a keyboard as a birthday present, so one night I sat down to practice. I was definitely not, and still am not, a pianist, but I learned a few chords. One night I was practicing, and the idea came to me for a song about how God heals people’s hearts. That’s where the song ‘The Only Healer’ got started. I’ve been hooked on songwriting ever since.

“I’m most passionate about writing and singing songs about God’s goodness. God gets a pretty bad rap in society, so I think it’s important to sing about his true nature.”

Thurlow said she always loved thought-provoking lyrics, so that’s what she wants to write for others. She said her personal favorites on the album are the title track “Too Good,” “Let Them Hear” and “Right at Home.”

“That’s where I will post about upcoming live performances,” she said. “After the album is released, I will also begin sharing some of my favorite jingles that I wrote for the Kickstarter supporters and other works in progress on my Soundcloud account. Just search Andrea Thurlow Music on SoundCloud.com to listen.”

The single “Too Good” was released Nov. 1 and was featured on one of Spotify’s curated playlists.

“It can be tough to get a song added to one of these Spotify-owned playlists, so being featured was a pretty exciting surprise,” she said. “The playlist, New Music Friday Christian, has about 132,000 followers.”

The first single released was “Taste and See.”

After graduating from high school, Thurlow left Indiana for a year to attend the University of Denver, and then transferred to Ball State, where she graduated in December 2014 with a degree in biology.