Ed Pursel has lived down the street from White Chapel Church for most of his 95 years. The congregation has had its share of ups and downs through the decades, as dwindling attendance and finances left it on the brink of closure on more than one occasion. 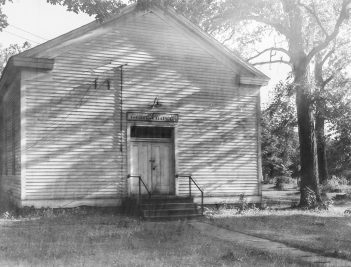 White Chapel Church has been part of the community since the 1850s, although the date of this photo is unknown. (Submitted photo)

But through it all, Pursel has been there. For most of the last 90 years, at least.

Pursel has visited other congregations, but White Chapel, at 5155 E. 116th St. in Carmel, has always felt like home. And he’s a big fan of David Cottrell, who became pastor of the church more than two years ago.

“He lays it on like it is,” Pursel said.

The new pastor also is the reason Carla Glos has been returning to White Chapel for the past year, she said.

“It’s like he’s speaking directly to you,” she said.

In his short time at the church, Cottrell has grown the congregation from less than 10 people to nearly 60, although attendance still pales in comparison to the 6,500 he had been shepherding for 25 years at his previous church in California.

Cottrell, a Fishers resident, said he considers himself an expository and non-traditional preacher. He likes to have fun, often using props to illustrate his messages and telling personal stories in his sermons.

The church is nondenominational, but it didn’t start out that way. In 1850, long-time Methodist preacher Jacob White was appointed to the church in what was known as Mattsville at the time. He held services at an old farmhouse, but people in the community – now in east Carmel – had been congregating in their own homes or at the one-room “Blue School” since 1835.

White proposed the idea of building a church for his congregation, but many were discouraged after several failed attempts to do so. He proclaimed he would achieve the goal, and when everyone agreed on a location, he inquired of the landowner, Peter Wise.

Wise donated the land on the condition that it always be used for the church. He also offered free lumber while White and his parishioners volunteered their labor twice a week. White Chapel, now the oldest church in Hamilton County, was finished and dedicated in 1853 with a total outstanding debt of $14 for nails, paint and a stove. The money was recovered during the first service.

Although White was not the pastor at the time of dedication, all were in favor of naming the church White’s Chapel. He disapproved of the possessive, and the name White Chapel stuck. White only preached twice and performed one wedding at the church, he wrote in an 1897 letter.

The main structure of White Chapel is largely original, but the church has had several pastors and faced challenges that nearly led it to close its doors for good through the years. The generosity of loyal members, however, has sustained it. According to church records, one man gave a blank check to cover renovation costs of adding a belfry and steeple, and the daughter of an active member left $10,000 to the church in her will. White Chapel used her money to purchase land to expand its parking lot.

Cottrell said his first couple of years at White Chapel have been focused on rebuilding. But now that he has a committed congregation, he is ready to see how church members can begin to serve the community again.

“I want to build the reputation that we are the most Christ-like church in town,” Cottrell said. 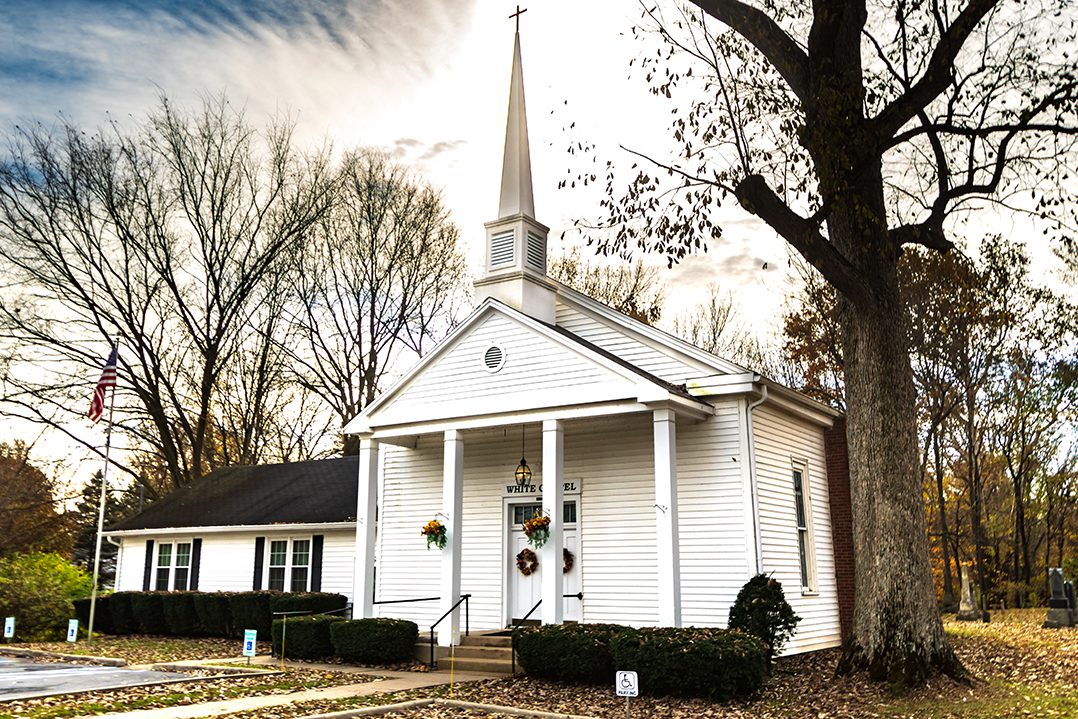 From Normandy to the beauty salon

A virtual lifelong attendee at White Chapel Church, Ed Pursel, 95, has seen many of the congregation’s highs and lows through the years.

Pursel is a descendant of the Moffitt family, early Hamilton County pioneers, some of whom are buried in the churchyard. As a young boy, he walked to service with his great aunt, but now his wife of 67 years, Rosie, accompanies him. 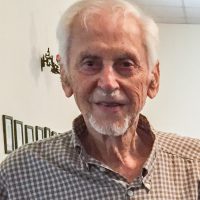 Pursel said some of his most vivid memories of his life are from the three years he spent in the U.S. Navy as a signalman, receiving, encoding and sending ship-to-ship messages. He was on the USS LST49 landing ship tank during the D-Day invasion of Normandy 75 years ago. He believes he is still alive today because, out of fear of being short-handed and obliterated by the Americans, the German army pulled its troops away from the beaches, which allowed the Allies to step safely off their ships and charge ahead to defeat the Nazis.

Before the war, Pursel worked at a newspaper. After the war, he drove a truck for a local hatchery. He hauled feed for two years until taking a career test that revealed he was best suited for a job in protective services or the arts. Rosie said he was then “talked into” becoming a beauty operator. He had never considered such a profession but ended up styling women’s hair for nearly 30 years. He worked in the salons at Wasson’s and Block’s, two prominent Indianapolis department stores at the time, and later purchased a salon from an acquaintance.