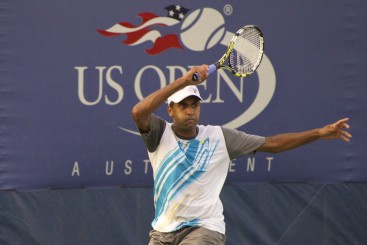 This is the third annual event through Ram’s foundation, “EntouRaj for Kids” and more than 150 kids have participated in the first two years.

Ram is coming off his fourth consecutive Top 25 finish in the ATP Tour Doubles Rankings. He reached a career-high No. 9  Oct. 28. He finished as the No. 1 American in doubles ranked No. 24. He and his partner Joe Salisbury of Great Britain finished No. 4 in the ATP Doubles Team Rankings with a 39-25 record this season. They ended the year by qualifying for the Nitto ATP Finals in London. They won two titles this season (Dubai, Vienna) and were finalists in three others (Brisbane, London/Queen’s Club, Antwerp).
Ram began the season by capturing the Australian Open mixed doubles title (Barbora Krejcikova).