You are at:Home»Current in Noblesville»Noblesville Community»City pursues federal funding for Pleasant Street project

After originally planning to locally fund the first phase of the Pleasant Street connector project, the City of Noblesville is now pursuing federal funding. 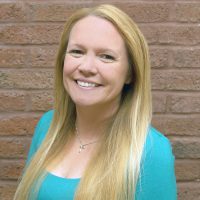 The first phase of the project, which travels from 10th Street to River Road and includes several roundabouts and a crossing of White River, is estimated to cost $40 million. City Engineer Alison Krupski said the city’s goal was to fund the first phase locally, but if the city didn’t complete the federally aided environmental process for the first phase, then federal money couldn’t be used for the other two phases.

“We just need to go through the federal aid process for the entire project,” she said. “It’s more transparent. The whole environmental process includes public involvement, and there’s federal oversight (ensuring) we make the best decisions.”

As of now, there is no cost estimate for the other two phases of the project. As part of the federal aid process, the city has to prove Pleasant Street is the best corridor for the connector to relieve downtown traffic. However, Krupski said because city officials have studied the project for 20 years, they’ve made the right choice.

The city recently hired a consultant to help drive the project. Krupski said there’s an aggressive schedule of receiving environmental approval by the end of next year.

This week, the city submitted an application for funding to the Indianapolis Metropolitan Planning Organization. If approved, funds would be available in 2025.

Typically, the MPO funds 80 percent of a project, but because the cost of Phase 1 for Pleasant Street is large, Krupski said that wouldn’t be the case if the city received funds. The MPO would more likely award a lump sum.

“We haven’t determined what that would be,” Krupski said.

The federal aid process also requires public input, and the schedule should be finalized in early 2020. Input meetings haven’t been announced yet, but Krupski said the city plans to be transparent and keep the public updated through the project.

“This is a really important project for the city,” Krupski said. “Obviously, there will be some opposition to it, but we think it’ll be better for the city.”

Krupski said city officials to have Phase 1 under construction by 2025, at the latest.

“I know there’s been a lot of talk about this project happening for a long time, but we are confident this project is happening,” Krupski said. “It won’t be the back-and-forth it has been in the past.”