You are at:Home»Current in Zionsville»Zionsville Community»New CEO passionate about Boys & Girls Club

When Mark Branch started his Boys & Girls Club career as a unit director for the club in Indianapolis, he knew he found his niche.

“I joked then that in 30 years I would be boring people with my Boys & Girls Club stories. Now, it’s been 35 years,” Branch said. “I’m probably still boring people but it’s something I’m very passionate about.” 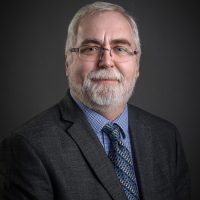 Branch, 60, began as Boys & Club of Boone County’s chief executive officer Oct. 14. The units from Zionsville, Lebanon and Whitestown merged in the past year. Prior to the new position, Branch was on the national staff for 13 years.

“Boone County is the fourth club I’ve been executive director,” said Branch, who had a seven-year stint as director of the Indianapolis club. “I love working on the national staff. I specialized on working with struggling clubs. I created a new unit of our national staff that could give clubs like that needed attention. I enjoyed that.

“I wanted my legacy to be in a club like it started, so I get a chance to know kids and parents and be part of that community.”

Branch and his wife, Karen, live in Danville but plan to move to Boone County in the spring. Branch used to live in Lebanon when he worked for the Indiana United Methodist Children’s Home in Lebanon for 2 1/2 years prior to joining the Boys & Girls Club.

“I met my future wife there and she ended up working there about 20 years,” Branch said. “While I was working at the Boys & Girls Club, she was working at the Children’s Home. Lebanon and Boone County is a place we are very familiar with and another reason why it was attractive to get back there because it’s a place where my work with kids started.”

“There is a strong staff team and I’m very impressed with them from top to bottom,” he said. “With that, my goal is to provide the staff the training and support they need so they can continue to advance and we can advance our programs,” he said. “The programs are all focused on three priority outcomes, academic success, healthy lifestyles and good character and citizenship.

“I want us to invest and take those programs which are strong now and take to them to the next level.”

Branch said he envisions a capital campaign for the Lebanon unit in three or four years.

“We are pretty close to capacity at the Lebanon club, so if we are going to serve more kids there, we are going to have to figure out different collaborations and partnerships to do that,” he said.

The Boys & Girls Club of Boone County has seen a 60 percent increase in members in the past 10 years. The three units collectively serve 450 to 470 members daily in before- and after-school programs.