Rebecca DeVries McConnell and her son, Tommy, will appear on stage together for the first time in Beef & Boards Dinner Theatre’s production of “A Christmas Carol.” 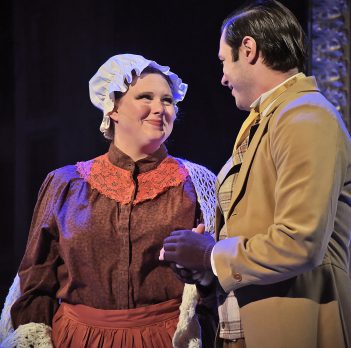 “I did a show at Beef & Boards while pregnant with him, so I guess we have done a show together before,” McConnell said. “I am playing Tommy’s mom in this show, so that should make things very familiar.

“I love that it’s a Christmas tradition at Beef & Boards,” McConnell said. “There are people who have been playing characters in this show for years now, and it feels like a family. It’s also a great tradition for families to come and see this show every Christmas season, and it’s really nice to be a part of that.”

McConnell sees several similarities between herself and Mrs. Cratchit.

“I am also a mom of several children,” McConnell said. “I love that she speaks her mind when she feels like her husband is treated unfairly at work. The Cratchit family symbolizes love for each other no matter what the circumstances, and that’s a joy to portray.” 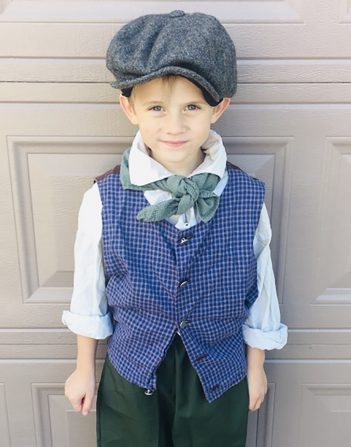 A first-grader at Carmel’s Cherry Tree Elementary in Carmel, Tommy’s audition for Beef & Boards was his first for any show. He auditioned for the role in March.

“I like to be in a show with my mom,” Tommy said. “I like that I get to sing ‘Silent Night.’ My favorite part is when I say, ‘God bless us, everyone.’ It’s hard to learn the lines, but I practice a lot with my mom. I’m excited to meet the other actors in the play.”

Tommy said he was too little to see “A Christmas Carol” last year.

“But we read the book (an abridged version), and we are going to watch the movie,” Tommy said.