You are at:Home»Current in Carmel»Carmel Cover Stories»He’s driven: Tragedy inspires Carmel teen to race, give hope to hurting

It’s a bit ironic that Jack Dorsey felt nervous about the tests he needed to pass to get his driver’s license.

He’d already spent a number of years behind the wheel of a go-kart and had received his professional racing license earlier in the week.

“I was more scared (to get my driver’s license) because there were a lot more rules,” said Dorsey, 16, who passed the tests on his first attempt.

The Carmel High School junior has already found success on the racetrack, and it all started with a family tragedy when he was 11 years old. Those circumstances also led him to build and donate a go kart-inspired game system earlier this month to bring a smile to young patients at Riley Children’s Hospital. 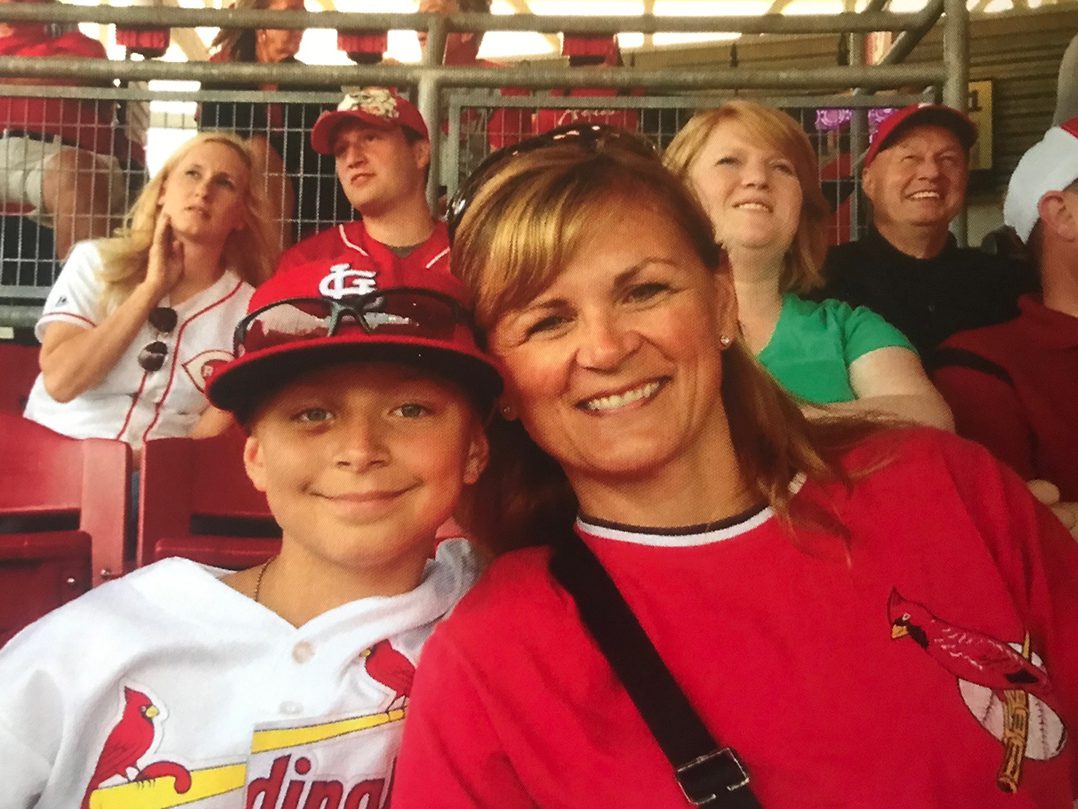 Dorsey’s passion for bringing hope to hurting people is personal. He lost his mother to cancer when he was 11.

His interest in go-karts began a couple of years before her death, but losing her caused him to take his hobby more seriously.

“Me and my dad dove pretty deep into racing as something to keep our minds off of it,” Dorsey said. “It was something me and my dad really loved to do, so it helped out a lot.”

Dorsey has found success on the track, first locally and more recently on the national stage. He’s advanced from go-karts to open-wheel racing and received the 2018 Lucas Oil (Formula 1600) Karts to Cars Scholarship. He placed third in the 2019 Lucas Formula Racing Series and is a candidate for the 2019 Team USA racing scholarship.

He’s also making a name for himself off the track through his charity work. He created Karting for Cancer – now known as The Anchor Foundation – and in his first fundraising effort collected $7,000 for Peyton Manning Children’s Hospital by selling stickers and shirts. The next year, the foundation raised enough money to send a young girl to Disney World on a Make-A-Wish trip.

This year, Dorsey selected Riley as his beneficiary. 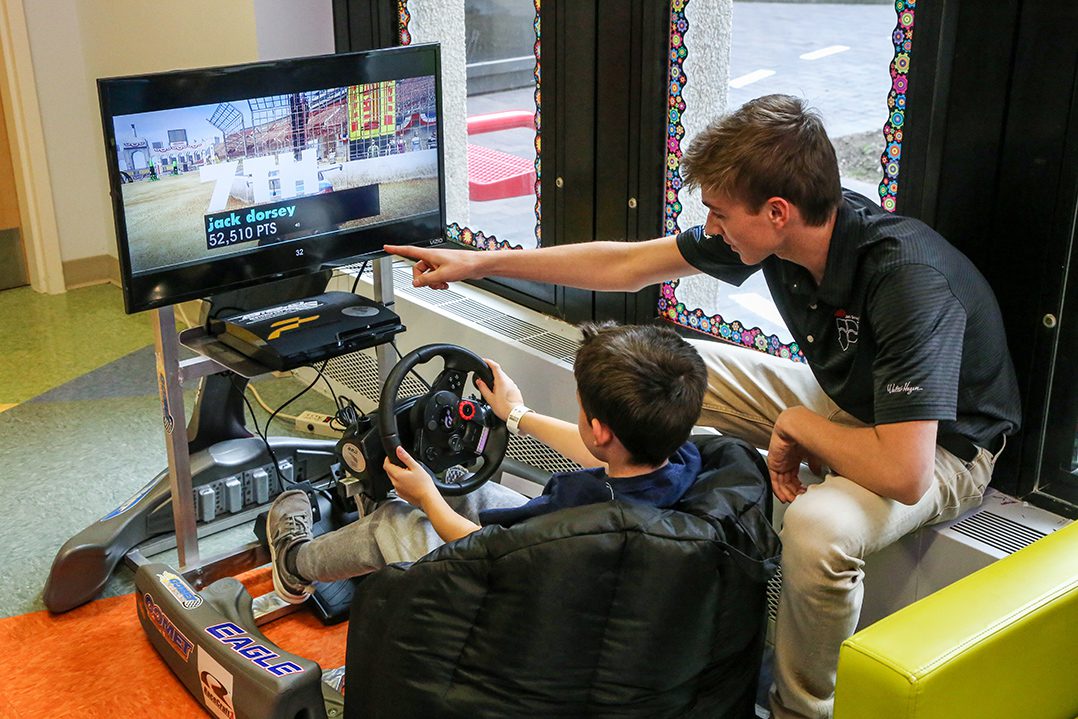 Dorsey unveiled his go-kart-styled gaming system Nov. 6 in Riley’s Child Life Zone, a space designed to help children in the hospital enjoy normal, fun experiences – like video games. Designed to look like a go-kart, Dorsey engineered and built the structure himself and added a PlayStation 2 with several racing games.

“It’s to keep their mind off of (their health concerns) and have fun in the hospital,” Dorsey said.

Nine-year-old Maddox Shuler of Ft. Wayne was the first to try it out, with Dorsey sitting nearby offering tips for navigating the courses.

“(My favorite part was) hitting the walls and backing up,” said Shuler, who hoped to find time to play again.

“It’s important to remember that kids are kids,” Sexton said. “Just because they happen to have a patient band doesn’t mean they don’t want to do things your child at home would want to do. To see them (get to) do that is awesome.”

While Jack Dorsey is a lifelong Carmel resident, his father, Jon, grew up within walking distance of the Indianapolis Motor Speedway. Jack said his father’s interest in racing first ignited his love for the sport.

“It got passed down to me,” Jack said. “Indiana is the best place to live if you’re a racecar driver.”

Jack trains at PitFit, a training facility in Indianapolis that specializes in motorsports fitness. He’s met several IndyCar drivers there and made connections through his races that he hopes will help him reach his goal of becoming a professional driver.

“A lot of the IndyCar teams are down here,” Jack said. “I’ve met a lot of people who are high up that can help me along. (Living in) this area has definitely been a positive for my career.”

Jack said he’d love to compete in one of the elite open-wheel IndyCar series, but he also enjoys driving sports cars.

“My end goal would be to get into the GT class endurance races,” he said. “It’s more reasonable to get into than, say, an IndyCar ride or Formula 1.”