The concept for Dave Koz’s annual Christmas show started during an interview he was doing with his good friend, pianist David Benoit, on Koz’s radio program.

“He had just lost his mother and I had lost my father, and he said, ‘What are we going to do for the holidays? Maybe we should go out and play some music,’” Koz said. 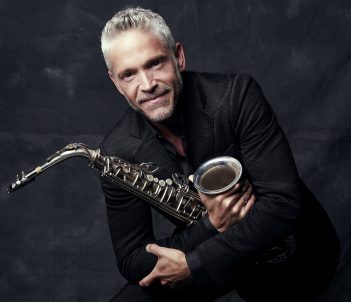 Dave Koz will bring his annual Christmas tour to the Palladium at 7 p.m. Dec. 15 (Submitted photo)

They did, and Koz has been doing it ever since. Benoit has joined him on several tours.

“This is year No. 22, which is very unbelievable for me because I never would have thought it would go on this long,” Koz said. “It’s a tribute to the fact that people love holiday music. I love holiday music and we love putting together these shows.”

“Dave Koz & Friends Christmas Tour” is set for 7 p.m. Dec. 15 at the Palladium at the Center for the Performing Arts in Carmel. Joining saxophonist and bandleader Koz are singer-songwriters Jonathan Butler and Melissa Manchester, saxophonist Michael Lington and special guest Chris Walker, a singer-songwriter.

“We do change the cast members because we figure a lot of people come back every year, and in 22 years we never did the same show twice,” Koz said.

This will be the first tour appearance for Manchester, Lington and Walker. Butler is a tour veteran.

“I think it’s the 12th time for Jonathan Butler,” Koz said. “We are like brothers from another mother. We’ve been doing this a long time together. We have a wonderful friendship.”

A few things are staples, such as Butler singing “O Holy Night.”

“There are people who come to our show just to hear him sing ‘O Holy Night’ and would be very upset if we didn’t do it,” Koz said. “There are songs that become pillars of the show, like the Hanukkah song (‘Eight Candles’) I do every year. There are a lot of people not Jewish who say that is their favorite part of the show.”

Koz’s recent album, “Gifts of the Season,” features everyone on the tour.

“We’re able to do a lot of that new music on the show,” Koz said.