You are at:Home»Current in Carmel»Carmel Community»483 apartments proposed at Gramercy East development

Developers have filed plans to remove 112 units at the Gramercy apartment complex on City Center Drive and replace them 483 units in three new four-story buildings. 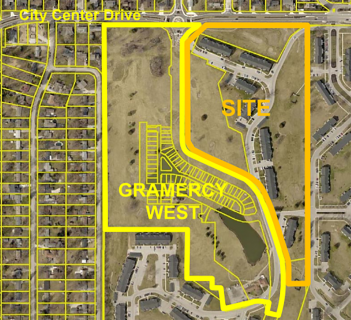 The new buildings are planned on 22.9 acres known as Gramercy East, just east of the Gramercy West residential community being developed by David Weekley Homes.

Current has reached out to the developer team for comment.