Carmel’s Center for the Performing Arts seems the perfect fit for Steve Lippia.

“I inhabit the world of the Great American Songbook,” Lippia said.

The Center for the Performing Arts is home to the Great American Songbook Foundation. 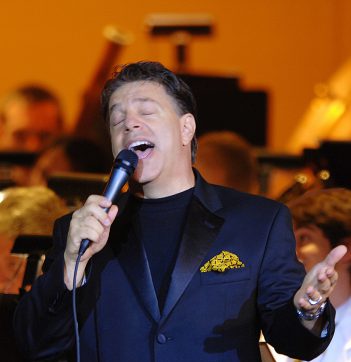 Lippia will appear with the Camel Symphony Orchestra for his Sinatra & Friends show at 8 p.m. Jan. 11 at the Palladium at the Center for the Performing Arts in Carmel. Lippia previously performed with the CSO in 2009.

“One of the first shows I brought to the pops market was a show called ‘Simply Sinatra’ because of the amazing name recognition, the popularity and the great music he’s known for. That’s usually the first show (promoters) will pick.”

If he returns to the same venue, Lippia does a show featuring songs by Tony Bennett, Bobby Darin, Vic Damone and Nat King Cole.

“This show will have some of those elements,” Lippia said. “I’ve not seen the Palladium, so this will be a great introduction to what is supposed to be an amazing facility.”

Lippia said there are usually 18 to 20 songs in his set.

“I always bring a little extra music, and if we are running ahead of schedule, we include those songs,” he said. “I really like the big ballads. I think they are more interesting. The arrangements are a little more inspiring with the ballads. I like the uptempo and medium-tempo songs a lot, but there is something about those ballads that intrigue people. Those are the ones that give the lyricists time to shine.

“When you think of the music of Johnny Mercer, Sammy Cahn and Cole Porter, all the greats showed their best stuff particularly with ballads.”

In addition to “New York, New York,” Lippia said the two most requested songs are “Fly Me to the Moon” and “Summer Wind.”

“I get an informal survey when I meet people after the show,” Lippia said. “It’s an audience-driven show. I want to make sure they hear most of the songs they expect to hear, but I also want to sneak a song or two they might not expect me to perform.”

Although the Las Vegas resident has long-term engagements in Las Vegas and Atlantic City, Lippia prefers to tour, traveling all across the U.S. and internationally.

“Residency engagements are a great thing financially, but it can get a little tiresome,” Lippia said. “Just when you think everything is going great and attendance is super, then there is some merger or acquisition, or some kind of change at the top. They’ll say, ‘Wow, you are doing great, now get out.’”

“It was one of my favorite pop shows I ever did, and I’ve done hundreds of them,” Hymes said. “Some of them are the original Nelson Riddle arrangements. They are just incredible. When we did them, the audience was so excited because he has the same inflection as Sinatra. What’s great about Steve is his Rat Pack rhythm. He’s a terrific singer, great entertainer and he tells good stories.”

In addition to the concert, the Rat Pack Party, a ‘50s-era cocktail party, is set for 6:45 p.m. The Palladium party will feature period cocktails, finger food and Sinatra-style music. Period attire is optional. Admission is $20.