“I’ve been in this location for three years. It has an undercurrent of art therapy kind of running through every room,” said O’Rear, who notes that she is not a certified art therapist. “I love teaching the kiddos. The kids are able to throw and hand-build pottery in this place.”

When O’Rear was 15, her sister was killed in a car accident.

“Two weeks later, I started (taking) my first throwing class, and that allowed me to put my emotions into a (clay) pot,” she said. “I picked up pottery, and I was lucky enough to have an amazing pottery teacher, and he said, ‘You don’t have to do anything else but throw on the pottery wheel,’ because he knew the therapeutic benefits of clay.”

Her teacher encouraged her to attend art school. She graduated with a bachelor’s degree in art with a specialization in ceramics and a minor in French from Ball State University. 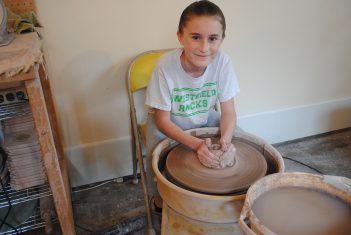 O’Rear, 36, teaches children and adults at The Wandering Peacock, which has several different rooms, including the Zen Den, a private throwing room for kids and adults where they can make small bowl with a about a pound of clay. The room also has a salt lamp and aromatherapy.

“In that room, there is privacy. The kids aren’t having me right there,” O’Rearsaid. “That’s what you really need for therapeutic benefits of clay. Clay helps ground people and it’s therapeutic, but when you have someone right in front of you saying, ‘You’re not doing it right,’ you might not have as much movement or form as in the Zen Den where the creativity is soaring and you’re listening to good music.”

Adults can hand-build clay in the Gathering Room, which can also be used by children younger than 6 who may not be mature enough to throw on the pottery wheel. They can hand-build items like ornaments and spoon rests.

The Creation Room is the throwing room, where O’Rear supervises their work.

“I’m constantly with them. They hear me going, ‘Slow down that wheel,’” she said.

The other room in the building is the Glazing Room, where the pottery is glazed.

O’Rear said when children visit the gallery, they fall in love with it. To participate, cost is $30 per hour for kids and $45 per hour for adults. Everyone is able to return a second time and glaze for free.

Prior to the Jersey Street location, the business was in the building immediately north of the historic fire station. It was there for five years.

“I get so much from these kids. They teach me how to be a better person, and it’s wonderful,” O’Rear said. “It gives me a purpose to be able to give them a skill.” 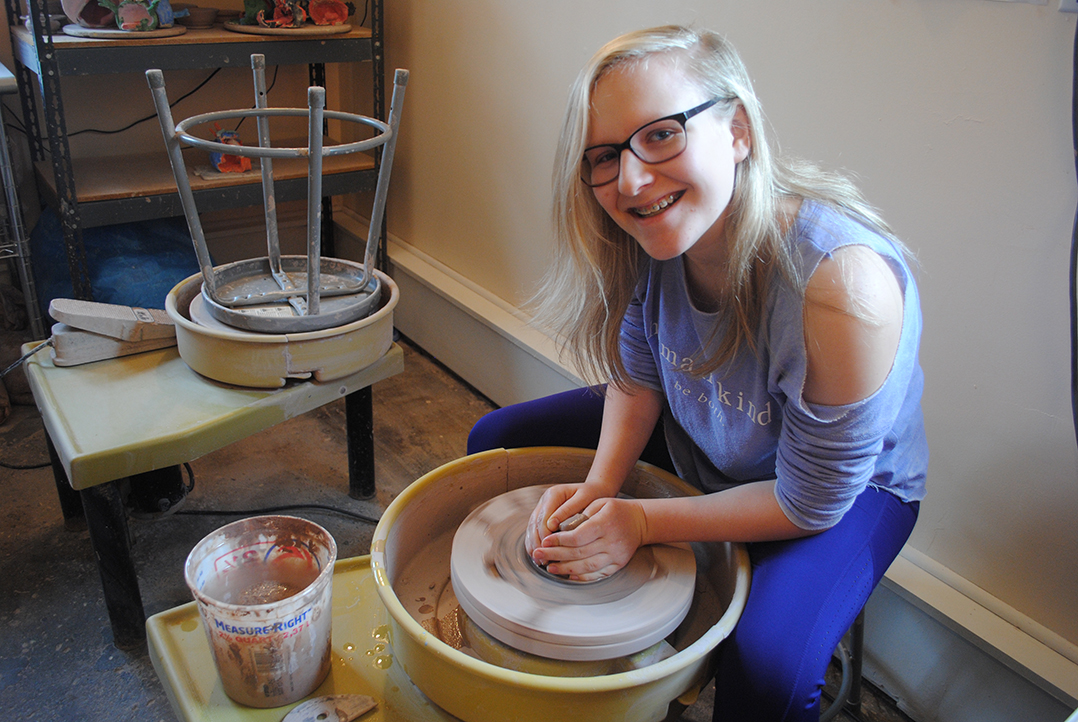 The Wandering Peacock Art Gallery owner Erin O’Rear sells her own pottery at the gallery, but she also offeres classes for adults and children to learn how to throw pottery.

“I think something I really like about it is it’s just so satisfying and so destressing when you throw something and you find it centered,” she said. “It just goes in your hands so smoothly, and the work you see after you finish, you’re proud of it.”

Audree Hill, a 10-year-old fifth-grader at Westfield Intermediate School, enjoys the class for a similar reason.

“I’ve been (throwing clay) for almost three years, and I like it because if I have a rough day at school and I come here, it just calms me down,” she said. “Instead of talking about it, sometimes I just like to do this.”