You are at:Home»Current in Carmel»Carmel Community»Former Carmel city councilor named Pillar of the Community

Carmel’s 2019 Pillar of the Community Award was presented last month to the late Tom Kendall. The award was created in 2014 to honor an individual who made “extraordinary contributions” to the city’s business, civic, social, educational and cultural communities. 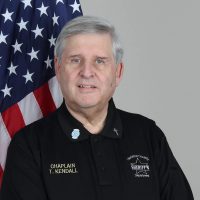 “Tom Kendall loved his community during the 34 years he lived here,” Carmel Mayor Jim Brainard said. “He served in so many ways, representing the City of Carmel. With a servant’s heart, he invested his time and energy in people.”

Kendall’s daughter, Lauren Dawson, said it “meant the world” to have her dad honored with the award.

“(It’s special) not only because it acknowledged all the love, time and energy he has put into Carmel over the years, but because it meant so much to him,” Dawson said. “He was so honored and proud to be chosen. He talked about it frequently. He invited friends from around the country and we even planned our holidays around it. I am very proud of my dad.”

Brainard said when he first became mayor, Kendall “didn’t hide the fact he didn’t agree with my vision for the city.”

“But over time and to his credit, he studied the plan and asked a lot of questions. He understood what I was trying to accomplish and eventually became a very important voice in advocating for the future of our city,” Brainard said. “He worked with us to help make Carmel the No. 1 city we see today. Every time I saw Tom, he had a smile on his face that was contagious. He was a wonderful example of everything a true Pillar of the Community can be.”