You are at:Home»Current in Carmel»Carmel Community»Characters of Carmel: Tina Jesson 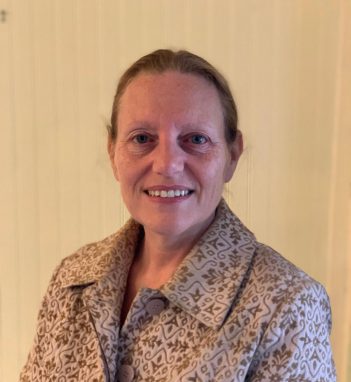 Tina Jesson’s love of authentic British food quickly evolved into one of the most well-known establishments in the Carmel Arts & Design District.

When her husband was transferred to the Indianapolis division of Rolls-Royce in 2008, Jesson found it difficult to find the traditional recipes of her native Great Britain. She began selling scones at farmers markets and pop-up shops before opening Tina’s Traditional Tea Room on Range Line Road in 2014.

Within three months, the space doubled in size, and now the kitchen produces thousands of scones each month, served with jams made from Jesson’s grandmother’s recipes.

Jesson enjoys playing host to princess parties or events related to British literature and the royal family. She also organizes guided trips to England and Scotland.

Biggest goal: create a sense of belonging where customers feel at home

What Jesson would eliminate from the world: weapons

Does not understand appeal of: Pizza or doughnuts

Change to society: More real-life connections, looking each other in the eye

Something she’d forgotten until returning for a visit: How many sheep are in Derbyshire

Quote that embodies the tea room: “We didn’t realise we were making memories, we just knew we were having fun” – Winnie the Pooh

Do you know an interesting character who lives, works or worships in Carmel? Send suggestions to sgattlieb.currentincarmel@gmail.com