You are at:Home»Current in Carmel»Carmel Community»Author who focuses on forgotten women of history to visit Carmel library

Editor’s note: This event requires registration to attend and is sold out. A previous version of this story incorrectly stated that the event includes lunch.

A New York Times bestselling author will make a stop in Carmel this month as part of a six-week tour promoting her new book. 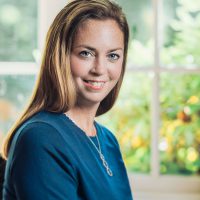 Published Jan. 7, “Lady Clementine” follows Clementine Churchill, a suffragette and the wife of Winston Churchill. The book outlines her as a key advisor for him, vetting and editing his speeches. She also created jobs for women and handled domestic issues that arose during World War II.

“I encountered Clementine Churchill while I was knee-deep in World War II research for my last novel, ‘The Only Woman in the Room,’ and kept bumping into Winston Churchill,” Terrell said. “I knew he had a decades-long marriage, and I couldn’t help but wonder about his wife. Who was she? What was she like? Where was she during all these world-changing events? I went down the rabbit hole of research, and I learned that Clementine Churchill was not only the quintessential woman behind the man, but she was also standing beside him — and often in front of him — helping him lead through some of the most critical moments in modern history.”

Terrell has hit her writing stride by focusing on the sometimes forgotten women of history. Her pen name, Marie Benedict, is used for the novels. Her previous novel, “The Only Woman in the Room,” is about actress Hedy Lamarr. Best known for starring in films from the 1930s and ’40s, Lamarr later gained recognition for inventing a communications system for radio-guided torpedoes at the start of World War II that was later used to create modern GPS, Wi-Fi and Bluetooth. Terrell’s book on Lamarr made her a New York Times bestselling author.

“There are many reasons that it’s critical we share the stories of key historical women,” she said. “I believe that faulty assumptions about women’s capabilities, stemming in part from the conscripted roles into which they’d been historically slotted, have caused many to think more narrowly about the manner in which the past has been shaped. And unless we begin to view historical women through a broader, more inclusive lens — and rewrite them and their contributions back into the narrative — we risk continuing to view the past more restrictively than it likely was, and there is a danger of carrying those perspectives over into the present.”

Terrell’s other novels as Marie Benedict include “Carnegie’s Maid,” which focuses on Clara Kelley, an immigrant and maid to Andrew Carnegie and his family, and “The Other Einstein,” which tells the story of Albert Einstein’s first wife, Milleva Marić.