At this stage of his life, Henry Woronicz sees some similarities with his character’s role.

Woronicz is appearing in Indiana Repertory Theatre’s production of “Morning After Grace,” which runs Jan. 14 through Feb. 9. The comedy involves three Florida retirement community neighbors who find their lives intertwined. 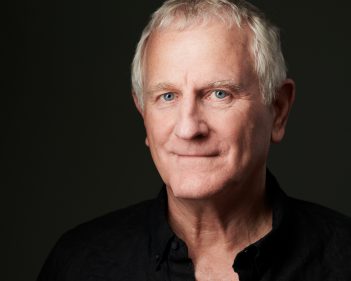 “Angus is an interesting character for me to play at this time of my life, as being just a few years younger than he is, I am beginning to face a number of the same fears confronting him in this play,” Woronicz said. “Though I am happy to say, not in the same way, but having recently turned 65, by now I have had my share of lost loved ones, triumphs and disappointments and can certainly feel the generational shift that’s happening in the world, and in my own life as well as dealing with friends of a similar age grappling with the very same issues — mortality, personal relevance, the end of lifelong relationships, family and work — the list goes on.

“It’s always a joy for actors, I feel, when the issues or themes of a particular play resonate strongly in their own lives. Seems to make the ‘acting’ of it that much easier. Angus is somewhat close to home in that regard.”

Woronicz, who has lived in Bloomington since 2005, enjoys being part of character-driven small plays. Throughout much of his career, he has appeared in large, classical plays, particularly the works of William Shakespeare.

Woronicz said the contrast likely makes small plays appealing to at this time stage of his career.

Woronicz said IRT is easily his favorite place to work and has been given the opportunity to play some extraordinary roles.

“Two that jump out at me right off are the character Marc Rothko in the play ‘Red,’ and the Poet in ‘An Iliad,’’’ he said. “These two roles were incredibly demanding, particularly the Poet, as ‘An Iliad’ is a solo performance about the Trojan War, and they each ask a great deal of an actor performing these roles. The stakes are very high in such productions, so of course the sense of challenge and, hopefully, satisfaction can be that much greater.

“That is the mountain every actor wishes to climb, and I have been particularly blessed in that regard over my career. These two roles have become personal high points in my life and work, and I am so very grateful to the IRT in providing me such wonderful opportunities.”

Woronicz spent several years in Los Angeles, appearing in several iconic TV shows such as “Cheers,” “Seinfeld,” “Frasier” and “Law & Order.” All the experiences were unique, but one moment in “Cheers” sticks out.

“I had one scene with Ted Danson late in the episode, and as sitcoms are rehearsed in order, like a one-act play over the first four days of rehearsal and camera blocking, before filming in front of a live audience on Day 5, I had a lot of opportunity to sit and listen as the series regulars, Ted, Kelsey Grammer, John Ratzenberger, Rhea Perlman, etc., rehearsed their scenes,” Woronicz said. “Standing with Rhea Perlman at one rehearsal, I was struck by how the writers and producers, who attend each session with their rewrites, could laugh so heartily at each scene, even though we would read the scenes multiple times. I finally asked Rhea if this was normal. She turned to me and said, ‘Oh, you can always tell who wrote which joke by who is laughing the hardest.’”