You are at:Home»Current in Zionsville»Zionsville Community»Zionville resident to run for attorney general

Zionsville resident Adam Krupp, 41, announced Jan. 13 his resignation as commissioner of the Indiana Dept. of Revenue, effective at the end of the month, to run for Indiana attorney general.

“I’m just ready to do more for Indiana as a proud public servant,” Krupp said. 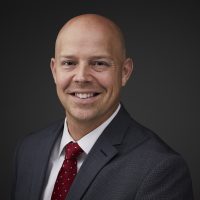 Krupp has served under former Govs. Mitch Daniels and Mike Pence and serves for Gov. Eric Holcomb. Krupp said he is qualified to serve Indiana as its next attorney general.

At the Dept. of Revenue, Krupp was tasked with overseeing an organization with 700 employees.

Krupp’s announcement comes as Indiana Attorney General Curtis Hill faces multiple sexual misconduct accusations. Hill, a Republican, took office in 2017 and plans to run for a second term. But in light of the accusations, many top officials, including Holcomb, have expressed a desire for him to step down.

“As an attorney, I believe in due process. The process will play itself out. I think we’re close to resolution,” Krupp said of the accusations against Hill. “I think voters are ready for this to come to a conclusion. I’m sure delegates are as well. There’s no doubt it’s been a major distraction, and ultimately, we’ve got to change the conversation from the negative and the cloud surrounding the current administration to the positive and what the Indiana Attorney General can do for Hoosiers and what the office is supposed to do to protect our state’s interests, and until we reach resolution, we’re just not going to be able to get there.

“And we may not be able to get there unless we have a new attorney general, and I hope to be the person to get to serve in that capacity, to really honor the office as it should be, to the benefit of all Hoosiers.”

If elected, Krupp said he wants to continue many of the initiatives at the attorney general’s office but also bring a renewed focus to cybersecurity and cybercrime.

“I know that there is some work done at the attorney general’s office already with identity theft, but it’s not as proactive as it should be,” Krupp said.

“(I want to) bring a dedicated focus to child support delinquencies,” Krupp said. “Protecting our most vulnerable is part of what the attorney general’s office does.”

“They essentially administer and enforce a law designed to promote transparency, and I think the attorney general’s office is uniquely positioned to put some real teeth behind that law,” Krupp said.

With Krupp’s announcement, he joins Hill and fellow Zionsville resident John Westercamp in vying for the Republican nomination for attorney general. Convention delegates will decide which of the three candidates will represent the Republican Party in the May 5 primary. The general election is Nov. 3.

Get to know Adam Krupp

Favorite things to do with wife and sons: Go to the local park, church, take them to get ice cream