What if God wanted a do-over?

That’s the premise of Collin Moore’s play “In the Beginning …,” which will have its premiere Jan. 30 and run through Feb. 15 at the Mud Creek Theater in Indianapolis. 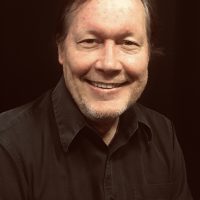 Moore has been involved with Mud Creek Players for several years.

Moore, a Lawrence resident, has written several one-act plays but this is his first full-length play.

“It’s a light satirical look at the main books of the Old Testament,” said Moore, who took two years to write the play. “Everyone touts what is in the Bible, but nobody knows exactly, so I make up my own version to a certain extent. The happenstances are all still there. All the people are still there, but I have a slightly different slant on it as far as God goes.

Instead of God creating the world on purpose, it’s all an accident, so God spends most of the rest of the play trying to put the Genie back in the bottle because he/she/it likes the quiet and darkness. Now, it’s loud and noisy.”

Moore said he learned later there was a movement after World War II called processed theology, which proposes God was really learning as opposed to being omniscient.

“They believed God had to learn how to do certain things, and that’s where this falls into play,” Moore said. “We go through Adam and Eve, Noah and Moses. It’s really the growth of God through all of it. Any of the parts can be played by any gender or age.” 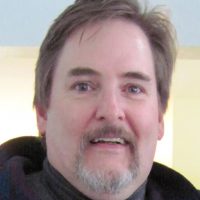 “About six months after he started writing, Collin asked me if I would direct, and I said I wanted to read it first,” Ganz said. “I did and said we have to do this play. It was very funny. It was treated well with both respect and satire.”

Moore said he and Ganz have worked on several projects.

“I know he knows my thought process, and he knows my humor,” Moore said. “I knew he would get where I wanted to go with it.”