Boldt will be part of Actors Theatre of Indiana Lab Series reading of “Rattler,” a play by Kansas City resident Lindsay Adams. The reading is set for 7:30 p.m. Feb. 4 at the Studio Theater at the Center for the Performing Arts. The Theatre Lab Series gives playwrights an opportunity to get audience feedback from a reading of their work. 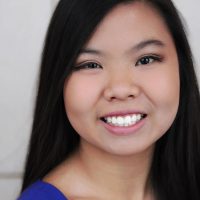 The play centers on a mother trying to get her son’s rape charges of an ex-girlfriend dropped.

“I have not been a part of anything like this before, but I’m looking forward to it very much,” Boldt said. “I anticipate it to be an exciting and educational opportunity for local playwrights and actors to go through the process of workshopping and developing a show.

“I am new to the professional theater community in general, and I can’t imagine a better way to immerse myself than with ATI through this program.”

Cynthia Collins, co-founder and associate artistic director of ATI, emailed Boldt to see if she wanted to take part in the reading. She didn’t know about the series before but has since researched more about the program.

“I think it’s a really cool experience from both an audience and actor perspective,” Boldt said. “Part of my decision to accept the offer was influenced by the fact that the role called for an Asian actor. As I’ve gotten older, I’ve come to appreciate seeing cultural diversity represented on the stage and screen.

“With up-and-coming shows on Broadway like ‘Six’ and ‘Hamilton,’ I’ve felt the impact of seeing someone who looks like me doing what I love to do.”

Boldt supplies the voices for the roles of Kristen and Melanie

“Each role has their own personality and their own story that I’ll be learning, interpreting and embodying,” she said. “My hope is that the audience will be able to not just distinguish between them but react to and empathize with each of them as individuals. Playing two characters in the same show is also a new experience for me, but I wouldn’t say I’m too anxious.

“The beauty of the acting community is that I know that I can always ask for feedback and advice from my talented colleagues.”

“On top of show choir and the ATI reading, I am also in the process of auditioning for college, not to mention keeping up with my studies at Carmel High School for senior year and managing a part-time job at Chick-fil-A,” she said.