So, Sun King is bringing back Sweeney’s Demon Red to celebrate the performances Feb. 21 and 22 at the Palladium at the Center for the Performing Arts in Carmel. 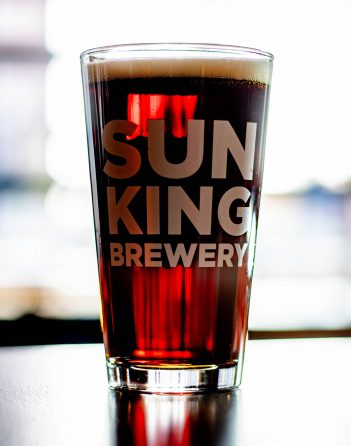 There will be a Demon Red Ale launch and tapping party from 6 to 8 p.m. Feb. 6 in the Grand Hall of the Indiana Design Center in Carmel. The beer tasting will be free along with free pizza from Donatello’s.

“Sweeney’s Demon Red was a beer we originally made for ATI years ago, the last time they performed the play,” said Ben Shine, Sun King Brewing Co. community development director. “Since they’re bringing the play back, we thought it would be fun to make the beer again. Sweeney’s Demon Red is a red ale that pairs perfectly with swinging your blade wide. Technically, it’s an amber ale with a beautiful blood red hue and a rich caramel, malty flavor.”

Shine said the beer’s return is tied to exclusively to the performance and community around ATI and CSO’s production.

“It is a beer made specially for this production and for our friends to enjoy,” Shine said. “One of our favorite things is to make and pair beers that match the experience of the event, and Sweeney’s Demon Red was made with amazing songs and barber murder in our minds.”

Shine said the beer will only be available on draft and won’t be available in the tasting rooms. Sun King has partnered with ATI for the last several years.

“We do know that they are fantastic partners to us, and we love supporting their artistic vision, but also how they connect central Indiana to amazing performances,” Shine said.