You are at:Home»Current in Westfield»Westfield Community»Bragg announces run for state representative

Daniel Bragg recently announced his bid for state representative of Indiana District 32 in the May 5 Republican primary. 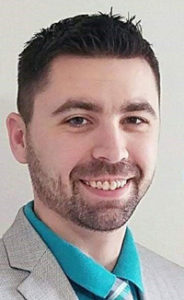 A Sheridan High School graduate, Bragg said since he left the Air Force in 2014, he has toyed with the idea of entering politics.

Bragg, who studied political science, unsuccessfully ran for Sheridan’s town council in 2018 and 2019, losing by a combined 21 votes.

“After I lost last year, I was sitting around and talking to my wife, and I said, ‘I still feel the call to serve,’” Bragg said. “And I still wanted to find a way that I could do that.”

Bragg said he is dedicated to serving the community.

“With our legislators in Indiana only really being in session for three months, it is a really big learning curve, and I respect that,” Bragg said. “But at the same time, I’ve always been of the belief that our founders established this democracy as a way for everyday people to make big-day decisions.”

Rep. Tony Cook, a Republican who was first elected in 2014 and is seeking reelection, is the incumbent. The district includes parts of Delaware, Grant, Hamilton, Howard, Madison and Tipton counties. Cook has filed for re-election.

Bragg said he doesn’t want to actively campaign against Cook. Rather, he wants to present an alternative. His primary issues are inadequate teacher compensation and lagging infrastructure investment.