You are at:Home»Current in Carmel»Carmel Community»Former ‘Meet The Press’ director to discuss novel at Carmel library

Jeffrey Blount has had an idea for a novel bouncing around in his head for decades.

Blount, a former director for NBC’s “Meet the Press,” will appear at the Carmel Clay Public Library at 2 p.m. Feb. 9 to discuss his book, “The Emancipation of Evan Walls.” 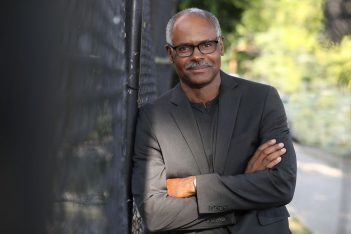 “The catalyst for the book was a newspaper article about a 10-year-old (African American) boy who lived in the projects,” Blount said. “A reporter was living in public housing for, I think, for three months and wrote a series about it. One of the stories was about this brilliant 10-year-old boy who loved school and excelled in math and science and seemed to be happy in his life as a young scholar. He also was attacked and abused because he wanted to be a young scholar.

“He found himself being beaten up most days when he came home from school. He was told he was acting white.”

Blount said the African American reporter approached the mother and expressed his sadness for a little boy being bullied. Blount said the mother said something akin to that she wished he could be a janitor like everyone else and quit causing her trouble.

“I was blown away,” Blount said. “It reminded me that as a child, I had been through some similar situations. I went home to talk to my mom about this. She was a school teacher and she said, ‘Jeffrey, I think this is a story you need to write and need to tell.’ That was the beginning of the book. That was in the ‘80s.”

Busy with work, Blount said the unfinished novel went in and out of his desk for many years. But he was encouraged by his agent to finish it.

“The stars aligned and it was published,” he said. “I was delighted to put a copy in my mother’s hands.”

Blount, 60, decided to place the story in 1968, during the civil rights era because that was during his childhood.

“I put it in a small southern town like I grew up in, because that was the life I knew,” said Blount, who grew up in Smithfield, Va. “I wanted it to come from the heart.”

Unlike Blount, Walls, who grows up in the fictional Virginia town of Canaan, doesn’t have a support system.

“Even though I dealt with these issues outside the house, I came home to unconditional love and support,” Blount said. “I’m pleased with the conversations that are coming around the book. I knew many other children had gone through this.”

Blount heard former First Lady Michelle Obama discuss in a speech that the nation had to reject the notion that an African American youngster with a book is trying to act white.

Blount said he has seen people come to tears at book appearances.

“There’s nothing more powerful for an author to write something like that and now you have given voice to something people have been feeling and haven’t been able to speak about,” he said.

Blount retired from NBC News in February 2017. He spent a decade directing “Meet The Press.” He also served as a director on “Today,” the Washington portions of “NBC Nightly News” and “The Chris Matthews Show.” Blount’s wife is former CNN anchor/correspondent Jeanne Meserve.