Tiffany Gillam views Indiana Repertory Theatre’s production of “The Watsons Go To Birmingham—1963” as an important one.

The play follows a fictional African American family as they travel from Michigan through the Deep South, where they end up navigating the prejudice and violence encountered by black people in Jim Crow America. The story is told through the perspectives of the three young children. The play began Feb. 1 and runs through March 1. 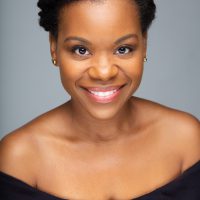 “This story should resonate with so many people, especially families, because it is the story of an American family doing their best to raise responsible, respectable children amidst the challenges of injustice, inequality, racism and violence as well as the affects all of these things has on us as individuals,” said Gillam, who plays the role of Mama. “The history visited in the play is American history and should be taught, discussed and never forgotten. There are many people in our various communities who lived through and recall the very event that was mentioned in the play.”

The Indianapolis resident said she has known about the book the play is based on and has seen the movie. Gillam described her character as the ultimate planner.

“She is a strong woman who loves her family dearly and wants them to be safe in a crazy, unfair world,” Gillam said. “The challenge with Wilona, although it comes naturally as I am a mother myself, is that her concern for her family comes off as very worrisome and nagging.”

Gillam views her participation in the INclusion series production as a blessing. In addition to public shows, the play will be performed for more than 10,000 school children through the week.

“I am aware that perhaps some of our young audience members coming to the show may not fully understand how different life was overall in the ‘60s, especially for people of color,” she said. “However, at its core, this play is about family and how families navigate through fun times, challenges, and everything in between, but most of all, how they love and support each other. I’m happy that I can play a role in introducing the audiences to another perspective of family life that is perhaps similar to what they may experience within their own families.’