Sue Maki’s most recent effort to win a seat on the Hamilton County Council fell 139 votes short. Now, she’s vying to fill one of three at-large seats in the November general election.

A Hamilton County resident for more than three decades, Maki, a Republican who last ran in 2018, said she’s best fit to serve on the council as a collaborator who can help make important decisions. 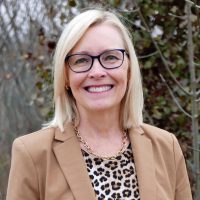 With public safety, infrastructure investment and parks at the top of her platform, Maki said she looks forward to working with other officials to update the county’s comprehensive plan, aid public safety entities by supporting plans for training facilities and working on important infrastructure projects.

“Two years ago, when I ran for county council on the district level, I knocked on hundreds of doors. The No. 1 concern residents had then, and now, is the huge growth in the amount of traffic they see on a daily basis,” Maki said. “It is time to get serious about traffic planning and making improvements to keep us all safe and moving more efficiently.”

Maki serves the City of Carmel as the manager of Environmental Initiatives and Education for Carmel Utilities. She plans to retire from her job if elected.

Maki has a bachelor’s degree in political science from Baldwin-Wallance University and an MBA from Anderson University. She lives in Carmel with her husband, Tom Kapostasy.