You are at:Home»Current in Carmel»Carmel Community»Carmel Police Department officer: ‘Nothing is better than getting to take your dog to work’ 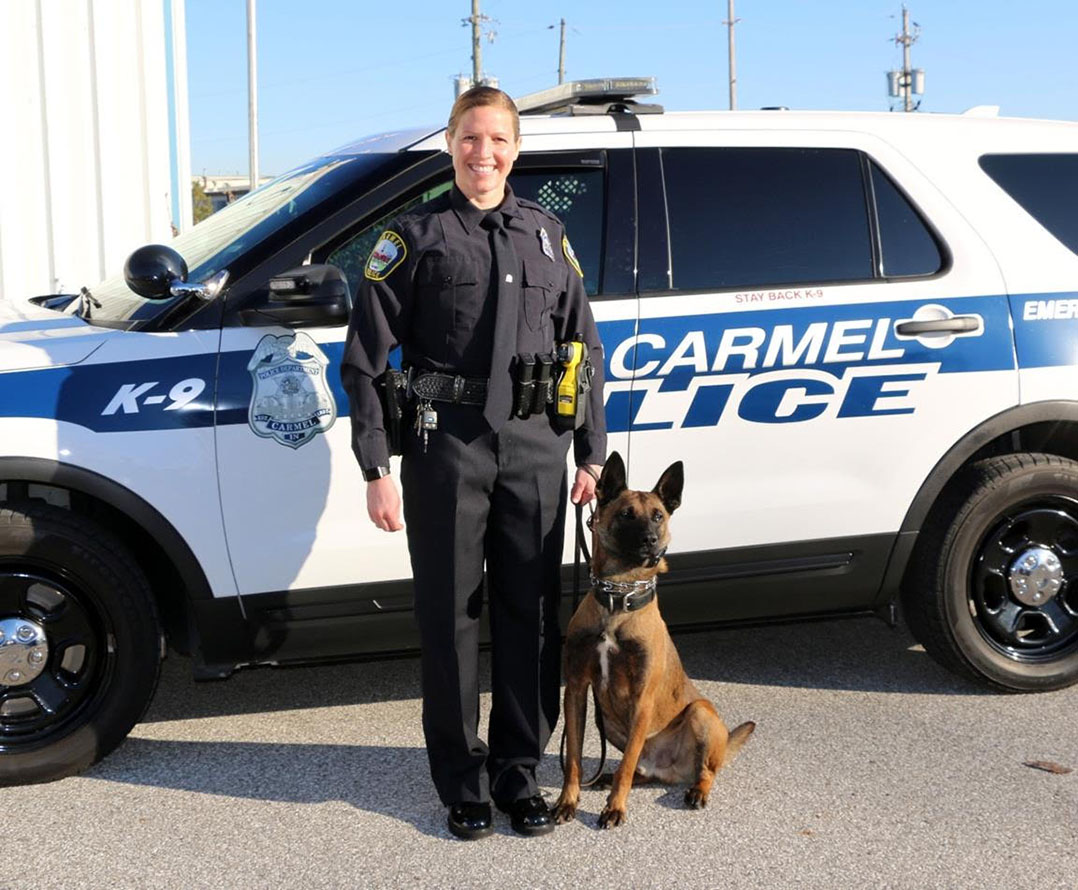 One Carmel police officer last fall made a decision to move into something other than patrol work.

“I was so glad to be selected, because I knew it was going to be Axl,” Reynolds said. “Katy (Malloy, Axl’s former handler) got promoted to sergeant. When she got promoted, she knew she had to give him up. They had 2 1/2 years on the road together. When she got him, I went to see her train with him, so I had been with Axl, in some form, since the beginning, which included decoying, shift training, everything.

“I’ve been able to watch her, ask questions and train with the unit quite a bit over the past several years.”

Reynold’s involvement with the state police program consisted of 12 weeks of training to prove the two could work together on patrols, drug recognition, tracking and apprehending suspects and, if necessary, search and rescue. Because Axl is trained to bite when apprehending suspects, Reynolds said he would be used as a last resort to help locate missing persons. Much of the duo’s time is related to narcotics work such as sniffing out vehicles at traffic stops and searching buildings and residences.

Although Reynolds said the move to the K-9 unit guarantees she’ll work another six years on the night shift, and she wouldn’t have it any other way.

“It’s amazing to be a K-9 handler, but he impacted my whole home life,” she said. “You know that going into it. Being a K-9 handler is a new challenge for my career in law enforcement. There is always something to learn and a skill to improve. Now, I have a partner who is with me all shift. Nothing is better than getting to take your dog to work.”