From 2 to 3:30 p.m. Feb. 16, the Cohen-Rutkowski Project will perform a free concert in the library’s Main Room. 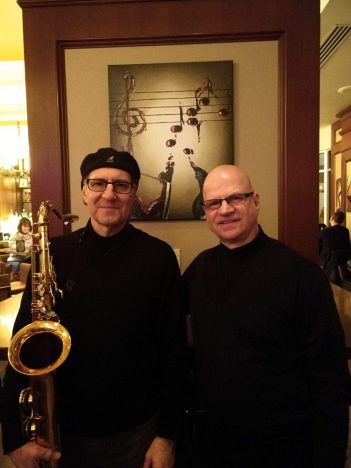 Based in Indianapolis, the band describes itself as a high-energy, acoustic jazz ensemble. Performing both originals and covers, it frequently performs around the city and at Indy Jazz Fest and the Indianapolis Artsgarden.

“We’re putting together a program that pays homage to New Orleans rhythms, in conjunction with Mardi Gras season,” said Cohen, a Carmel resident. “We’ll be presenting original compositions (from Rutkowski) in the genre of New Orleans street grooves, along with other original compositions. The program also will include educational content about the rhythm of New Orleans street grooves, the role of the different instruments in a jazz quartet and a little bit about what it is that jazz musicians are doing when they’re performing a song.”

Although the band has an upcoming performance at Indianapolis Central Library 15 for its Hot Jazz for Cool Kids series, this will be the first time it has performed at CCPL or any library.

“We’re really looking forward to these (library) performances,” Cohen said. “They give us an opportunity to present original music in a concert-like setting as well as the opportunity to share some of our knowledge about the great American art form known as jazz.”

Diann Ryan of CCPL, who booked the show with Cohen and Rutkowski, said the library strives to educate as well as entertain patrons.

“It’s one of the things we like to bring to the community, a little bit more than just a performance,” Ryan said. “People are welcome to wear their beads and have a good time.”