At 3 days old, Jon-Thomas Lord was given a small chance to survive with heart and lung issues.

He was rushed to Riley Children’s Health in Indianapolis for extracorporeal membrane oxygenation treatment. The therapy uses a pump to circulate blood through an artificial lung back into the bloodstream.

“The (treatment) used to be rare. They told my parents there was only a 7 percent chance of survival, and they really didn’t think I was going to make it,” said Lord, who was born in 1992.

The treatment saved his life, and he went home healthy a month later. Lord was the 144th ECMO patient at Riley. 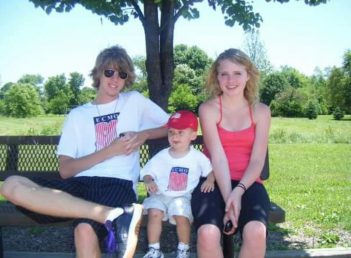 Fifteen years later, Riley’s 605th ECMO patient, Chance Sandlin, would change his life. Chance was born with lung problems in 2007 and was put on ECMO. In 2008, Sandlin’s older sister, Emily, took notice of Lord at the annual Riley ECMO reunion but didn’t speak to him. Later, Emily decided to connect with Lord on Facebook. They corresponded and then met at the 2009 reunion. Emily attended Western High School near Kokomo and Lord was at Tipton High School. They eventually started dating for a few months in late 2009 and early 2010.

They broke up but got back in touch when they learned they would both be attending Indiana University after graduating from high school in 2011. They began hanging out again as friends and officially started dating in early 2012 and have been together ever since. Lord proposed in Amsterdam in 2018, and the couple, now Carmel residents, married in June 2019.

“It’s unique in that the odds of that happening are very small,” Lord said of the unusual way they connected.

Emily said she was very shy when she was younger but decided to take a chance by sending Lord that Facebook friend request. 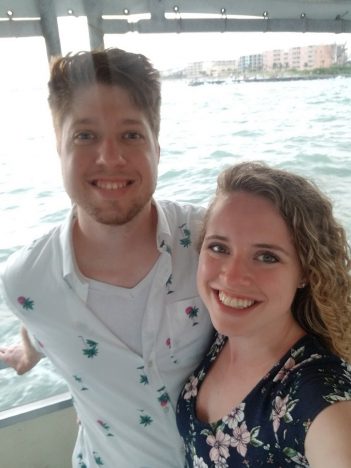 Jon-Thomas and Emily Lord pause during their honeymoon. (Submitted photo)

“Jon-Thomas recognized me from being there, but that was the first time I did anything like that, make the first move for anything,” said Emily, a nurse at IU Health North in Carmel. “So, my advice would be, don’t be afraid to just go for it.”

Lord said even though they agreed they would meet at the reunion, it took awhile before they did.

“We didn’t talk for the first hour until we worked up the courage to go talk to each other,” Lord said.

Lord said a lesson he learned is not to be afraid to give people a second chance, as he did by reconnecting with Emily.

Naturally, Lord views his life as a second chance. That’s why his ECMO number became such an important piece of his medical journey. Each patient leaves the hospital with a T-shirt with their number. Riley recently served the hospital’s 1,000th ECMO patient.

“They tried to keep my parents apart from the parents of patient 142 because they wanted us to keep hope and not know that there was no longer a 143 (who had died),” Lord said.

Lord’s family attended the reunion for several years as his mother helped hand out the T-shirts for ECMO patients. The reunions are now for all critical care patients.

Like Lord, Emily said her brother has not had health issues after ECMO treatment.

“He had to go for checkups multiple times to see if he was developing OK,” Emily said. “He’s perfectly healthy.”

A future in medicine

Emily Lord said it depends on the situation whether she gives the long or short story of how she met her husband. 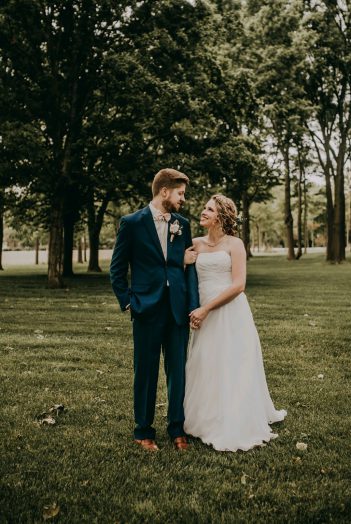 “Fate would be the closest (description), but that kind of sounds like a cliche,” she said.

Her husband, Jon-Thomas Lord, is entering the health care field, with one more semester to complete his degree in occupational therapy. Lord began taking classes at Indiana University-Kokomo as a junior because of its occupational therapy program. The couple maintained a long-distance relationship for two years, usually seeing each other once a month.

Emily originally had planned on going to medical school. As an IU junior, her half-sister, Raelyn Hale, was born seven weeks early and spent time in the neonatal intensive care unit.

“I spent a lot of time visiting and decided nursing is what I wanted to do,” Emily said. “I eventually want to work my way into the NICU.”