He began by showing a video of sentiments from staff, alumni and the city’s mayor about the success of Lawrence Township schools. He then talked about the district’s financial health, graduation rates and referendums.

The item is a $191 million capital referendum for renovations to 10 of the district’s schools.

“Our students need great facilities and resources, and they must have great teachers, and so that investment back into them will make a difference.”

MSDLT’s annual budget is $180 million. It receives $111 million from the state. MSDLT Chief Financial Officer Michael Shreves presented on the district’s financial health and shared numbers such as an approximate $10 million in cash balance and $6.5 million in a rainy day fund. In the past several years, MSDLT has spent $156 million on renovations without a tax increase by managing its debt structure. The district has an A++ bond rating.

“Why is that rating important to us?” Shreves said. “Well, taxpayers just approved our referendum of $191 million. By having A++, our interest rates our lower. That’s our credit score. That means we can put more into the buildings for our kids and pay less for the interest.”

The district’s tax rate is the fourth-lowest in Marion County. 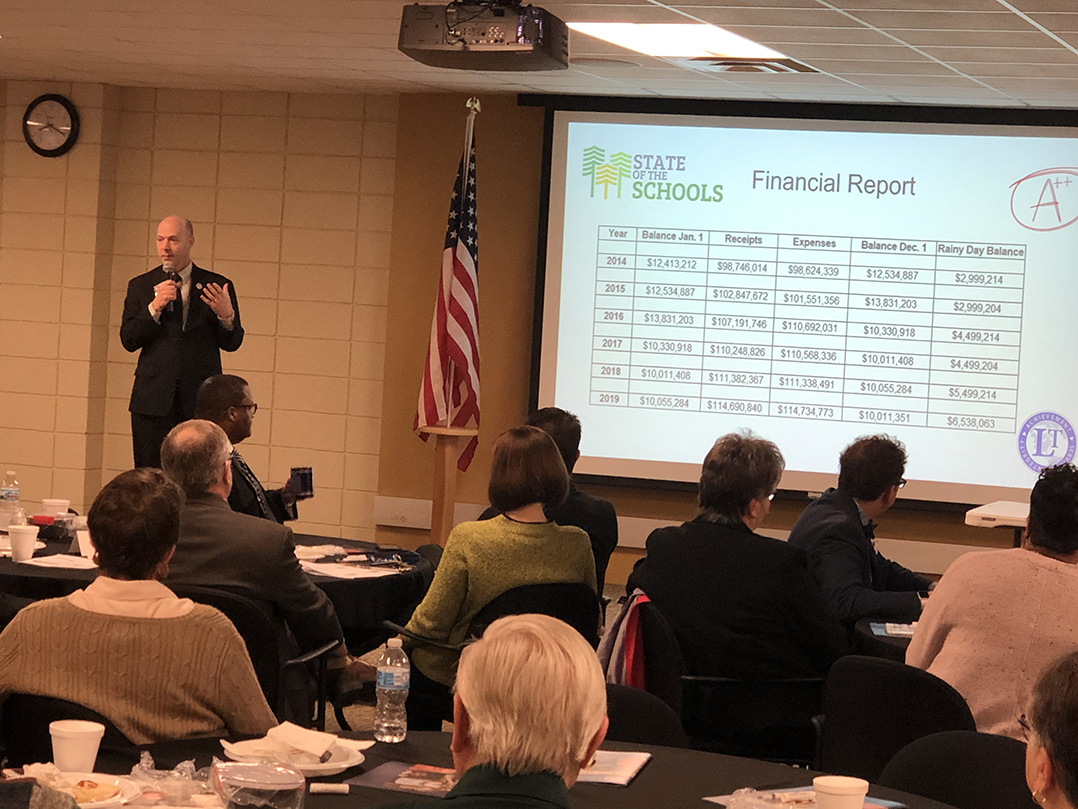 Smith stressed the importance of hiring skilled teachers and retaining them.

“We have been able to give our teachers raises six years in a row,” Smith said. “Not every school corporation can say that, and we are really proud of that.”

The district is one of the largest employers in the township with 2,539 staff members. Seventy percent live in Lawrence Township.

By July, all 10 sites will be bid out and each will break ground within the next six months. The process will take three to four years.

Outside of the referendum, a new transportation facility soon will be built near Pendleton Pike between 52nd and 56th streets. The current facility at 5850 Thunderbird Rd. has a capacity of 96 buses, and the district houses more than 200 on that site.